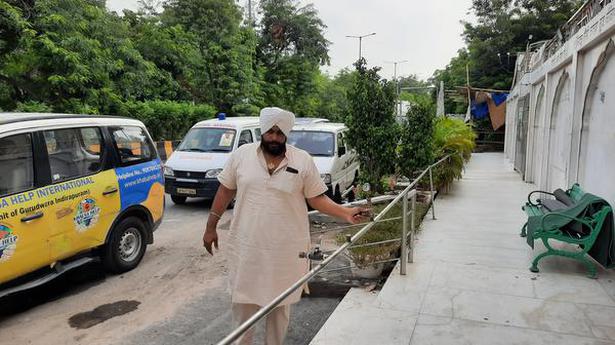 ‘Govt. should explain why so many people were knocking at the doors of a gurudwara’

“Official records may show otherwise but our records prove that there was a severe oxygen crisis during the second wave of COVID 19,” says Gurpreet Singh Rumy, president of Khalsa Help International, known for coming up with the idea of ‘Oxygen Langar’ at the Shri Guru Singh Sabha Gurudwara in Ghaziabad’s Indirapuram area.

On a muggy July afternoon, Mr. Singh is keen to show the make-shift oxygen pipeline outside. With 18 points to deliver oxygen to patients, it reminds of the grim three weeks in April-May when the road outside the gurudwara was filled with hundreds in need of oxygen for their near and dear ones.

“Anybody who had passed by this road would remember how serious the situation was as the road was choked with patients in four-wheelers, gasping for breath,” says Mr. Singh, who with 100-odd volunteers of the NGO worked day and night to serve the infected people.

“If the government says nobody died because of oxygen shortage, it should explain why so many people were knocking at the doors of a gurudwara. It is only after they were denied oxygen beds that they came to us,” he says. “We waited for a week. It is only after we sensed that the health care system is collapsing that we chipped in.”

His son Gurmeet Singh remembers that they started the service on April 22. “We could do it because unlike other gurudwaras we were already running a COVID-19 testing centre at the gurudwara for a year. We were careful but not unduly scared of the disease,” says Mr. Gurmeet, who twice tested positive. “We had a doctor on duty and our goal was to stabilise the patient before he or she could find a hospital bed. For this purpose, we put up 30 beds inside the gurudwara.”

For the next 28 days, Mr Singh says, around 7,000 serious patients were provided oxygen. “I have seen 25-30 people dying in front of my eyes because they arrived here when it was too late.” Ishan Bindra, a volunteer, says he brought her maternal aunt to the gurudwara after her oxygen saturation dipped. “Her condition improved but succumbed to COVID a few days later at a Noida hospital.”

The challenge, Mr. Singh says, was to maintain the supply of oxygen. “A hungry person could wait for langar but those with oxygen saturation levels as low as 50 could not,” he says.

“For the first few days, we sourced from Naraina Industrial Area but from then on we travelled to different States and brought oxygen cylinders from Hisar, Ludhiana, Ropar and Haridwar,” says Amoljeet Singh, the volunteer who was in-charge of maintaining the supply. Mr. Singh claims at least four hospitals in the vicinity sought their help for supplying oxygen cylinders to them.

In the beginning, he says, the Ghaziabad administration was hostile to them. “They were surprised how we are managing when their system was collapsing but when our videos went viral and we became a news story, they decided to support us,” says Mr. Singh, adding they later shifted the facilities to Krishna Dental College whose chairman is Atul Gaur, Minister of State for Health and Family Welfare. “But we haven’t dismantled the supply pipes as you never know how serious the third wave could be,” says Mr. Singh. 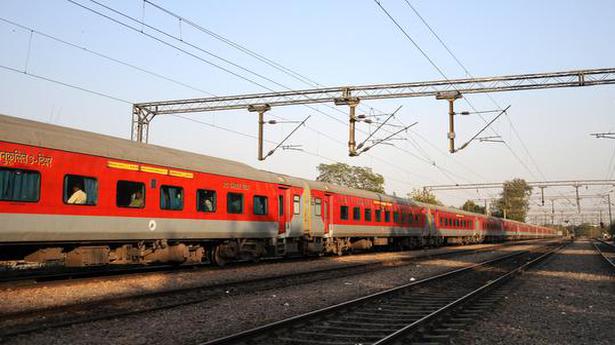