In a move to speed up the completion of Mallannasagar reservoir in the district, the officials are bringing pressure on the displaced persons to vacate villages, that would get submerged in the project, without waiting for the Rehabilitation and Resettlement process to be completed.

The displaced persons are being asked to vacate even though keys of new houses are not yet handed over. The displaced persons from Erravalli and Singaram of Kondapaka mandal have already been shifted from the villages and provided with temporary accommodation near Mutrajpally with a promise that the houses assigned to them in the R&R Colony would be handed over to them shortly.

The displaced persons from Vemulaghat and Etigaddakishtapur are unhappy with administration bringing pressure on them. They point out that the authorities had given an assurance in response to writ petitions number 17222/2018 filed by Naini Saritha and 92 others of Etigaddakishtapur of Toguta mandal. On June 6, 2018, in a note submitted on the writ petition the Administrator for Rehabilitation and Resettlement and Joint Collector, Siddipet, had told the High Court that the oustees will be asked to vacate their village only after the houses were handed over to them.

“The petitioners prayed the High Court to issue a writ order declaring the action of the respondent authorities in proceeding to take away the possession and start construction activities in the land procured under G.O. 123 dated 30.07.2015 in Etigaddakishtapur and neighbouring villages. In this regard it is submitted that an extent of 2,303 acres land has been procured at in Etigaddakishtapur under GO 123. It is further submitted that Mallannasagar reservoir with 50 tmcft capacity is contemplated and the land is acquired except 900 acres in Vemulaghat village out of total extent 17,430 acres. The forest clearance, environmental clearance, Central Water Commission and all other departmental clearances have been obtained. In order to meet the water requirements of nine districts, the government has started bund portion in the villages of Singaram and Yerravalli of Kondapaka mandal and also in the villages of Toguta mandal with the cooperation of farmers whose lands were procured and to whom the R&R scheme is under preparation,” read the note.

It was further stated: “It is further submitted that even though the land has been procured, the farmers are in possession and under cultivation of lands, since displacement of villagers and land owners will be taken up only after payment of R&R benefits and construction of R&R Colony.”

Now the oustees are referring to this note and questioning the commitment of administration. “This was the note signed and submitted by the Joint Collector. What is the value of this note if it is not honoured?” questioned Md. Hayatuddin, one of the villagers from Vemulaghat.

Maize procurement at ₹ 1,850 a quintal 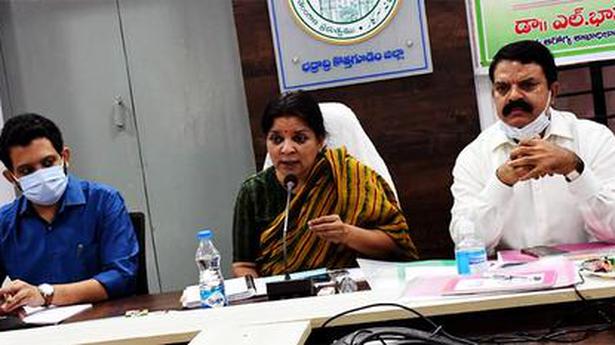 Singareni gets nod for new mine