Over 32,000 persons received vaccination shots in Uttar Pradesh on Monday as the State started its second dose of vaccination and mop up for health and frontline workers who missed their first shot, a senior official said.

Those who missed their vaccination in the first phase, which started on January 16, started receiving their dose, while those who had already got the first shot would receive their second dose.

Over 32,000 such persons received vaccination till 2 p.m. on Monday in around 2,300 sessions, said Amit Mohan Prasad, Principal Secretary (Health).

Poonam Mishra (50), an ASHA worker from Kushinagar, missed her vaccination shot as she was apprehensive that it could complicate her heart disease and blood pressure. “I am on medicines. Doctor asked me to get it, but I was scared,” she said.

However, due to the experience of other ASHA workers, she says she could volunteer for the next round of vaccination.

“I am thinking I will get it the next time. Because somebody with blood pressure got it and faced no problems. Besides, if we stay safe, we can keep others safe,” Ms. Mishra said.

Kusmawati Sharma (42), an ASHA worker from Kushinagar, is looking forward to her second shot on February 26 after getting the first dose on January 28.

“I didn’t face any problems after the first dose,” said Ms. Sharma.

Geetanjali Maurya, head of the Anganwadi Karmachari Association, Uttar Pradesh, says barring stray cases, as per the inputs she has received from several districts, there is no reluctance among Anganwadi workers to get the vaccination.

“It is not true that they are not willing or are scared,” she said, adding that the workers she knew had at worse complained of fever or giddiness after being administered the shots. There are 3.75 lakh Anganwadi workers in the State. 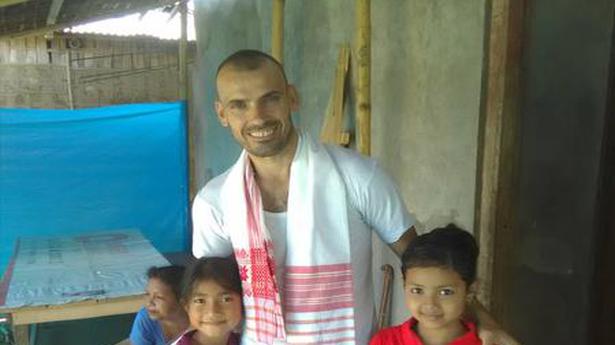 ‘ESI hospitals can be built in all States’