The Telangana government is all set to credit investment support (grant) of about ₹7,509 crore at the rate of ₹5,000 per acre directly into the bank accounts of 63,25,695 pattadar farmers in the State with a total landholding of 150.18 lakh acres for taking up cultivation of crops this kharif (vanakalam) season.

The process of transferring the cash benefit to the bank accounts linked to the landholding farmers would begin on June 15 and is expected to be completed in 10 days.

Minister for Agriculture S. Niranjan Reddy released the details of farmers eligible to receive the Rythu Bandhu assistance this season.

The list of pattadar farmers was finalised by the office of the Chief Commissioner of Land Administration (CCLA) and handed over to the Agriculture department.

A total of 2,81,865 farmers with a landholding of 66,311 acres would get the investment support additionally this season compared to the 2020-21 yasangi (rabi) season.

The Minister allayed the fears of farmers with regard to the change in their bank branches’ IFSC code numbers following merger of some banks after the investment support was credited for the last rabi season.

The Minister suggested that farmers who secured pattadar passbooks for the first time submit their details such as copies of pattadar passbook, Aadhaar card and bank account details to AEOs concerned or Agriculture Officers in the mandal offices.

Mr. Niranjan Reddy said in spite of the COVID impact, the government had extended ₹14,656.02 crore investment support to farmers during the two crop seasons of 2020-21 and in the budget for 2021-22 the government had allocated ₹14,800 crore for implementing the scheme for the fourth year.

SCCL to make most of coal demand from economic activity revival 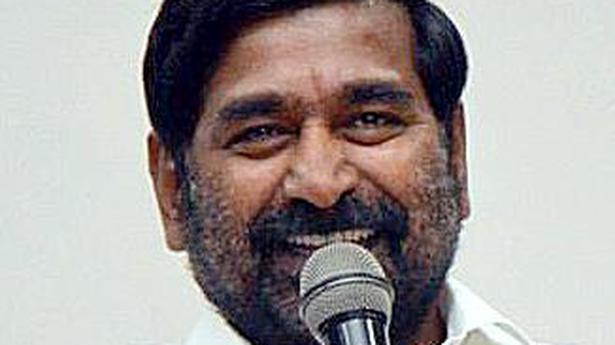 CS stresses need for synergy between depts on skill development