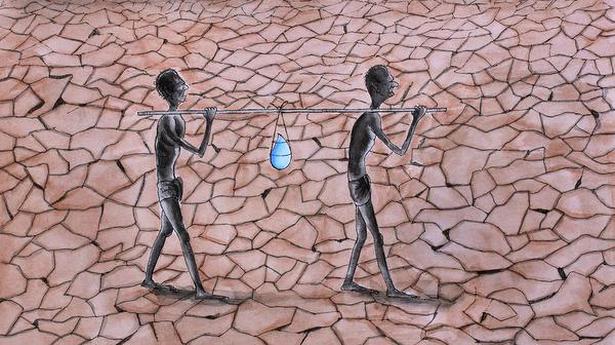 Across a vast expanse of caked brown earth walk two men, carrying a precious drop of water. The single drop of water gleams like a bright diamond against the brown backdrop. The bleakness of the imagery could well denote our planet’s future, says C B Shibu, whose work has made it to ‘1.5 C’, an international cartoon contest on global warming and ecology.

Organised by the Russian Ecological Movement, the contest has artists from around the world sending in their works. Shibu’s work has been nominated for the ‘audience choice’ prize, which is open open for voting on the contest’s Instagram page @1.5celsius. (www.instagram.com/1.5celsius)

International recognition is not new to Shibu, who has won a number of awards on various global platforms, which few other professional Indian artists have won. Hailing from Cherai, a small beach-side town in Ernakulam, Shibu’s paintings have always dealt with global themes. Among his critically-acclaimed works is ‘The Desert’ that won him third place at the 24th Aydin Dogan International Cartoon competition held in Turkey in 2012. It portrays blue whales jumping out of sand dunes in a golden-brown desert. “There was no better way to portray global warming,” he says.

Shibu holds diplomas in drawing and painting, but he works as a full-time photographer. “Photography is art too, but I have always believed I can express myself best on paper,” he says. After his work at the studio, he spends quiet hours at home practising his art. “Art is akin to meditation for me. I draw what moves me.”

The Ernakulam District Administration honoured him with a cash award in 2011 for his contributions to the Art world.

Cartoons, says Shibu, hold a special appeal as they are direct, they communicate with the audience and make them think. He has been polishing and perfecting his craft. “Cartoons are not just art—they reflect your view of the world. They can make you think and they can even influence your perspective.”

However, Shibu’s cartoons are more like paintings, detailed and involving colour and technique. “It conveys the effect of a painting and is not just a group of lines and curves,” he says.

Technology has made things easier for artists, says Shibu, who recalls the struggle involved in sending a work for an international contest in the pre-digital age. “I had to roll the canvas/paper, fit it into a PVC pipe, package and send. The internet has changed all that,” he signs off. 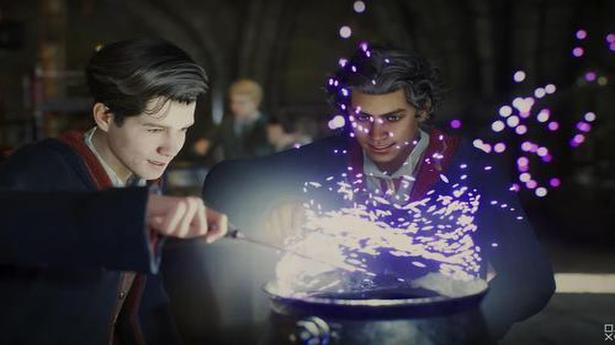 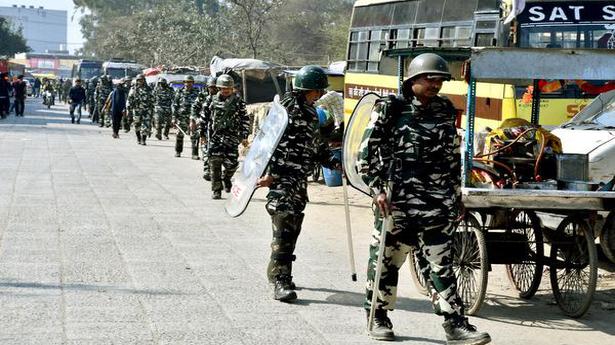