There are 57 Muslim countries in the world. None of them has been as offended by the depiction of the Muslim prophet in France as Pakistan. People in Pakistan want the French ambassador to quit Pakistan.

Does this mean that Pakistan is the most radical Muslim country in the world? Far from it. The Pakistani commentator, Hassan Nisar, says that the Pakistanis are Indian Muslims, or to put it more accurately, Hindustani Muslims.

How and why did many Muslims in Pakistan take an obscurantist turn for the worse? The reasons are many—defeat by India in 1971, the influence of Saudi Wahhabism, the military-mullah nexus—but exploring these in depth is out of scope. What is more worth talking about is what Pakistan has become today.

Now another terrorist group has taken over the Pakistani state of Punjab. These are the people demanding the boot to the French ambassador. Sane people in Pakistan know that were the French ambassador to be expelled, there would be repercussions from the European Union, if not the wider western world.

The government of Imran Khan has reached a semi-accord with this terrorist group, which the government is not willing to disclose. Clearly the government has capitulated in some sort of fashion and does not want its embarrassment known publicly. But the secret will get out.

Pervez Musharraf, even though a military dictator, presided over “enlightened moderation”. The economy grew under his tenure, and Pakistanis had a relatively free life. He was followed by the notorious crook, Asif Ali Zardari. During his time there was another crook ruling over Pakistan, the army chief, Ashfaq Kayani.

Kayani retired to Australia, where he has reportedly bought an island. Zardari was followed by Nawaz Sharif, a reasonable administrator with a reputation for tangling with the military. Even though the economy grew under his tenure, the military deposed him and brought in its pet, Imran Khan.

Much was expected of the handsome Imran, but he has proven to be Im the Dim. The economy has collapsed during his watch. He spent his first couple of years cursing Modi, which practice he has mercifully stopped. Lately he has become consumed by hubris and is now tangling with the military.

It’s no secret that a civilian leader in Pakistan at odds with the military doesn’t go very far. In gambling, the house always wins. In Pakistan, the military does so. The current army chief, Qamar Bajwa, has been humiliated by Khan in the matter of military appointments. Belittled, he is sure to take action to restore the supremacy of the military. Bajwa doesn’t seem interested in an outright military takeover, else he would have done that already.

Talks are on between Nawaz Sharif and Bajwa to depose Khan and call for early elections. Nawaz Sharif’s party remains popular and his younger brother, Shehbaz, a noted administrator, is tipped for the post of prime minister. Khan will not go quietly. He would like to go with the glow of a martyr, but the people are so fed up with him, they seem not to care how he goes. While Modi has started traveling the world, Khan skipped both the G20 and the COP26 summits. Khan’s wife believes in the occult and has reportedly warned him not to fly over water. That definitely must constrain his range of motion.

Pakistani commentators are dismayed that India under Modi is trotting, if not cantering, and Bangladesh, under Sheikh Hasina, is definitely cantering, but Pakistan under Imran and Bajwa seems to be in reverse gear. Pakistan’s whoopee moment at the Taliban takeover of Afghanistan has not been shared by the rest of the world. No other country has recognized the Taliban. In fact, even Pakistan has scarcely moved to do so. It wants to resolve the Pakistani Taliban issue first.

Beset by a collapsing economy, international ostracization, and a begging bowl, Pakistanis are growing through a harrowing experience. The US is turning on the screws through the IMF. The Pakistanis most definitely played a double game to eject the Americans from Pakistan. Now the Americans have been quick to take revenge.

American demands for air bases, air corridors, and even land routes to combat terrorism emanating from the AfPak region are being freely met by the Pakistanis, after initial reluctance not to do so. Their “absolutely not” reflexive posture has quickly turned to “yes sir, yes sir, three bags full sir” as the IMF has turned its screw on Pakistan.

Pakistan must learn not to always punch above its weight, but it is addicted to doing so, because as a matter of state policy it is wed to the destruction of the much-larger India. The abuse that Modi received at the hands of Khan has made the former wary of dealing with Pakistan. He is busy playing the devout Hindu, while also appearing to do something for the country, in the hope of winning UP’s critical upcoming elections. He seems to have no time for Pakistan.

Neither air nor there: Rising pollution levels are causing worries. What can we do about the foul air in our lives? A conversation that wasn’t 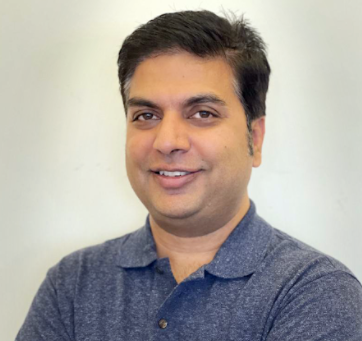