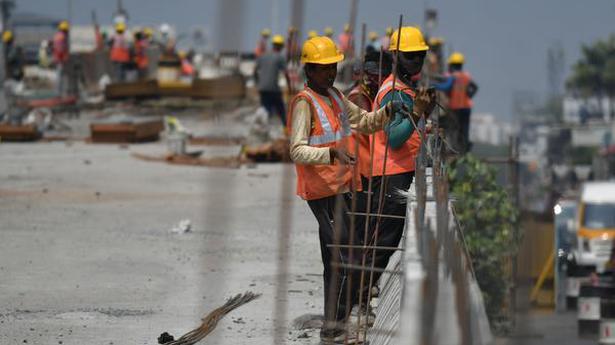 
The Delhi Metro Rail Corporation (DMRC) and Uralungal Labour Contract Cooperative Society (ULCCS) are making an all-out effort to complete the reconstruction of Palarivattom flyover in March, three months ahead of schedule, according to official sources.

About 75% of the work has been completed. Pending work, including completing deck slab, crash barriers, parapet, lowering of span, tarring, kerb works and load test, will hopefully get over latest by March 31. “We will not waste a single day’s work, including night hours. The full complement of workers is there at the site, all through,” they added.

The work to dismantle and rebuild the pier caps, girders and slabs of the flyover began on September 28, with a nine-month deadline (June 2021). The DMRC awarded the work to Kozhikode-based ULCCS. Every effort was being made to complete the structure in six months, the sources said.

The work to strengthen the piers using concrete wrapping was done along with the dismantling and rebuilding work. The ongoing work by the agencies was unique in the sense that traffic disruption was minimal, since the signal junction was barricaded and vehicles through Civil Line Road were diverted through newly-readied U-turns on both sides of the bridge. One reason is that girders were cast at DMRC’s yard in Kalamassery and transported to the work site.

A decision on continuing with a similar system — of routing vehicles through a pair of underpasses beneath the flyover — will be decided as the structure nears completion. DMRC Principal Advisor E. Sreedharan visits the work site at least once a month to take stock of the work. He was also briefed on the work every day, said officials.