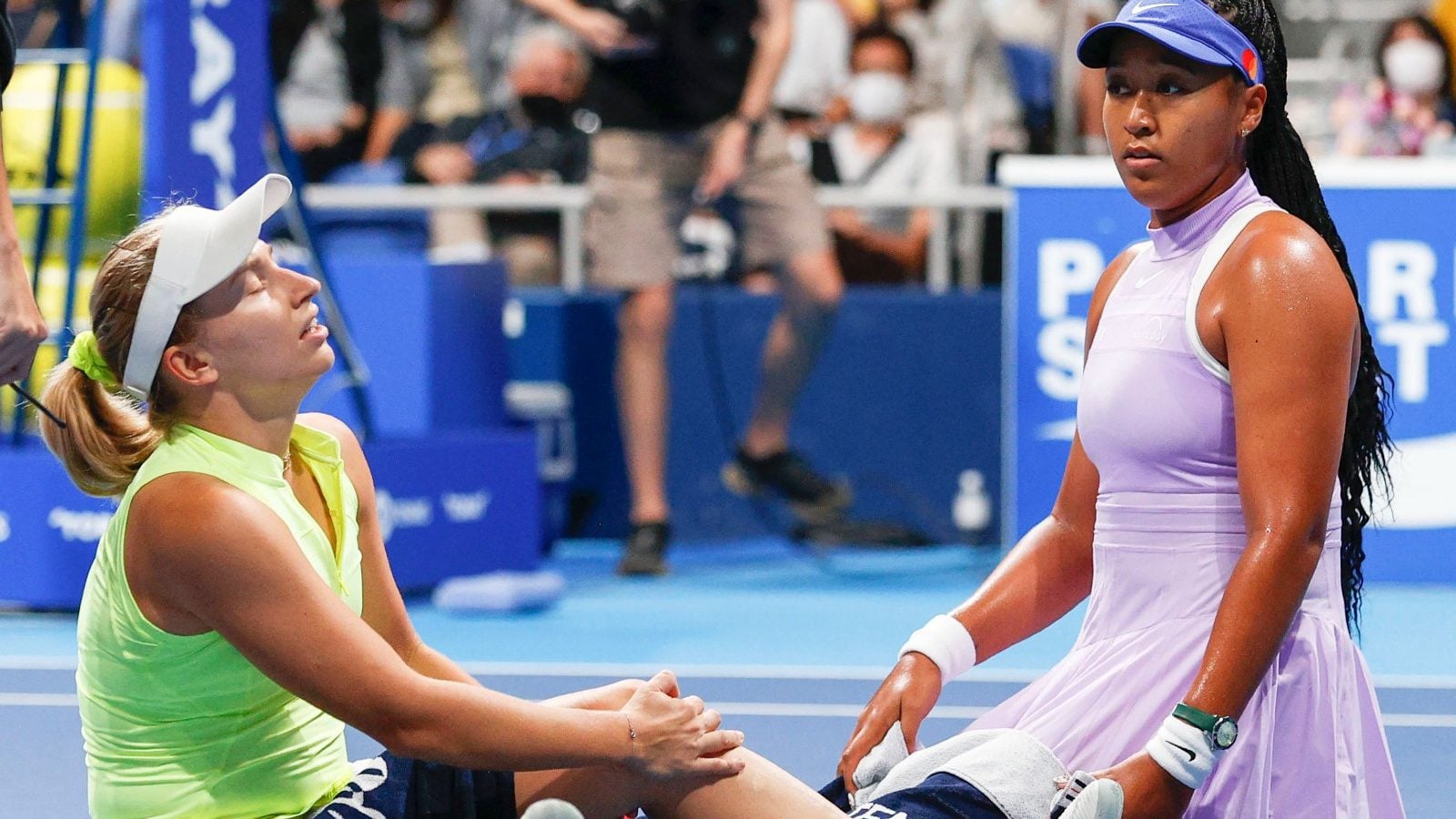 
Naomi Osaka, playing her first match since the U.S. Open, advanced to the second round of the Toray Pan Pacific Open when Australia’s Daria Saville retired with a knee injury in the second game of their evening encounter on Tuesday.

The unseeded Osaka is the defending champion having won in her birthplace Osaka in 2019 before COVID-19 shut down the tournament for two years.

“I feel really bad right now because of how it ended,” the Japanese player told the fans at Ariake Coliseum. “I’ve been injured for most of the year so I just want people to clap for her because she’s a really amazing player.”

Osaka, who was 1-0 up when Saville withdrew, had lost the first match in her previous three tournaments, including the U.S. Open last month, although she reached the final of the Miami Open in April.

All matches were played under a closed roof as the tail end of Typhoon Nanmadol passed through Tokyo.

Former world number one Pliskova, the champion in Tokyo four years ago, had little trouble against 214th-ranked Shinikova. The Czech player dominated her Bulgarian opponent, who had to qualify to make it into the main draw, and said she was back on form after being injured at the start of the year.

“I missed the beginning of the season because I broke my arm, so I had a slower start to the season, but I feel like in the summer in America I was playing really good matches,” Pliskova said. “I reached the quarterfinals in the U.S. Open…so I think I’m in good shape.”

https://www.youtube.com/watch?v=wu9WqY_yyW0″ width=”942″ height=”530″ frameborder=”0″ allowfullscreen=”allowfullscreen”></iframe> <p>Kenin, 23, has seen her ranking plummet to 315 from a career-high of 4. She has failed to win her first match in 10 of the 12 tournaments she has played in 2022 after coming off a year plagued by injuries. While her topspin forehand still had some magic, she didn’t look match fit and the hard-serving Contreras Gomez, 24, only needed consistency to gain the upper hand.</p> <p>Contreras Gomez slammed down nine aces in her victory, which earned a second-round clash with fourth-seeded Veronika Kudermetova.</p> <p>World No. 180 Hontama, who reached the second round at Wimbledon this year, gave the home fans hope in the second set as she matched world No.28 Shuai before tiring in the final three games.</p> <p>Shuai, who won in Lyon earlier this year and reached the last 16 at the U.S. Open, will face second-seeded Caroline Garcia next.</p> <p>In the penultimate match of the day, fifth-seeded Haddad Maia brushed past Naito and next faces Osaka.</p> <p>Read all the <a href=Latest Sports News and Breaking News here