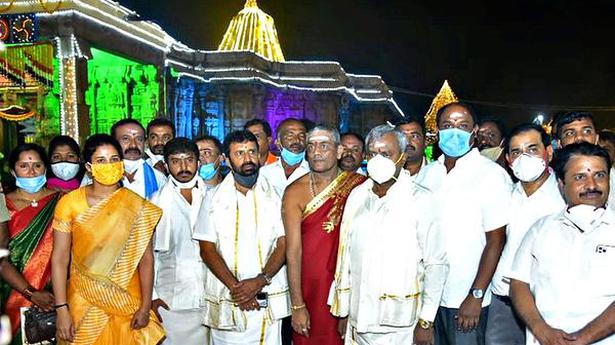 
The main event as part of Panchalinga Darshana Mahotsava was held at Talakad in the early hours of Monday amidst the COVID-19 pandemic. The Mahotsava, which happens once in few years, is under way since December 10 and concludes on December 19.

Amid the special rituals and Abhishekas at the five temples in and around Talakad that constitute the Panchalingas – Sri Vaidyanatheshwara, Sri Arkanatheshwara, Sri Pathaleshwara, Sri Maraleshwara, and Mudukuthore Sri Mallikarjunaswamy– began as early as 4.30 a.m. and went on till 7.30 a.m. The ten-day Panchalinga Darshana Mahotsava got off to a start on December 10 and the main event happened on the last Monday of the ‘Karthika’ season which is considered to be auspicious.

Minister in-charge of Mysuru district S.T. Somashekar, who was present during the rituals at Talakad before the devotees were allowed to offer puja at the temples, said the last Panchalinga Darshana was held in 2013 and this year’s event has come after a gap of seven years.

The ‘abhisheka’ to the Shivalingas at the five temples was done using 11 different ingredients including milk, ghee and honey amidst the chanting of hymns by the priests. All special rituals took place simultaneously across the five temples of Sri Vaidyanatheshwara, Sri Maraleshwara, Sri Pathaleshwara, Sri Arkanatheshwara, and Sri Mallikarajunaswamy at Mudukutore and the temples were opened for the devotees after the rituals and pujas were completed. The temples will be opened till 3 p.m. until the Mahotsava concludes following a decision taken by the government in view of the pandemic.

The rituals were telecast live so people could watch the proceedings live from home since the darshana had been restricted to the locals and also to tackle the pandemic situation. The live streaming of the rituals on https://www.youtube.com/c/Mysuruvartheilaake was held between 4.30 a.m. and 10 a.m.

The Mahotsava on Monday was restricted to 1,500 and 1,000 people on following days until December 19. The rituals were live streamed on social media platforms on the advice of the State COVID-19 Technical Advisory Committee, which recommended observing it in a simple manner by restricting the number of devotees and confining it to the locals, complying to the safety precautions and government guidelines to control the spread of COVID-19.

Face masks had been made mandatory as was social distancing at the temples.

The devotees are allowed in to the temple only after they showed their IDs proof. Check-posts had been set up along the roads leading to Talakad and other temples for crowd management.

As a precaution, barricades had been put up along the Cauvery bank to prevent people from venturing into the waters. 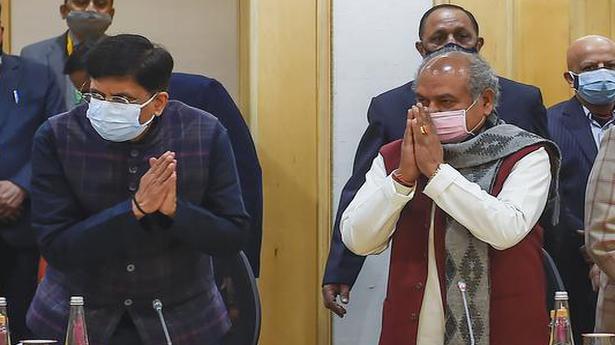 Gujarat MLA and 4 others convicted in a rioting case