T.N. has to draw more water in case of increased inflow

The Central Water Commission (CWC), in consultation with Tamil Nadu, has finalised the rule curve level for the Mullaperiyar dam.

The rule curve level is fixed to avoid emergency opening of dam shutters in case of a flood-like situation. It helps in controlling the water level in the dam during peak monsoon.

At a meeting of the supervisory committee appointed by the Supreme Court at Kumily on Friday, it was informed that the rule curve level had been finalised by the CWC. It also discussed the inflow forecasting system at the Mullaperiyar dam. It is in accordance with an apex court order raising the water level to 142 ft in 2015.

With the rule curve level coming into effect, the dam cannot be allowed to hold water above the level that is fixed in accordance with the rainfall pattern in the area.

The sudden opening of the Idukki dam in August 2018 had caused large-scale damage downstream. The opening of the shutters of the Mullaperiyar dam caused a flood situation on the Periyar, leading to increased inflow into the Idukki reservoir.

As per the rule curve level, Tamil Nadu has to draw more water in case of an increased inflow into the dam. It was a long-pending demand of Kerala to keep the Mullaperiyar water level at a manageable level after it was raised to 142 ft.

The meeting, attended by representatives of Kerala and Tamil Nadu, discussed the update of the operation manual system and preparation of an emergency action plan for the Mullaperiyar dam.

It also discussed issues related to strengthening of the baby dam, including removal of trees for its safety.

The meeting also deliberated the procurement of seismometers and accelerometers to be installed at the dam site. Earlier, the supervisory committee inspected the main dam, earthen embankment, and the baby dam. 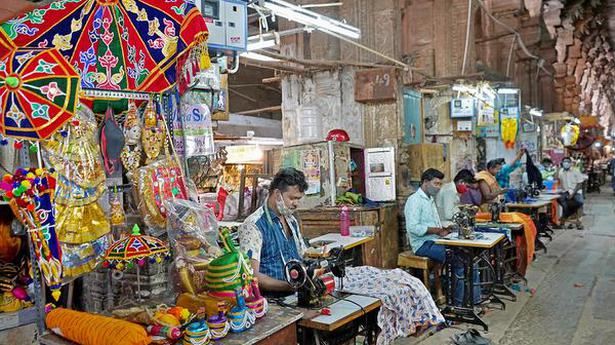 Sales yet to pick up in shops Over ₹9 lakh seized in DVAC raids at checkposts