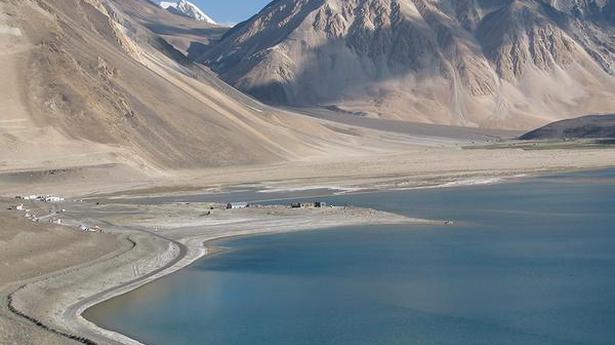 For India, Pangong positions are critical to maintaining a hold on Chushul Valley

I am happy to inform the House today that as a result of our well-thought-out approach and sustained talks with the Chinese side, we have now been able to reach an agreement on disengagement on the north and south banks of Pangong Tso, Defence Minister Rajnath Singh said in the Rajya Sabha on Thursday, announcing the disengagement of Indian and Chinese troops to end the nine-month-long stand-off in eastern Ladakh.

Pangong Tso, which caught the fascination of the country with the Aamir Khan starrer 3 idiots, has been an area of constant friction between India and China. The name is of mixed heritage, Pangong in Ladakhi language means extensive concavity and Tso means lake in Tibetan. India holds one third of the 135-km-long boomerang-shaped lake located at an altitude of more than 14,000 feet. The lake, a glacial melt, has mountain spurs of the Chang Chenmo range jutting out, referred to as “Fingers”, and the brackish water freezes in winter.

India has always held till Finger 4, while it claims till Finger 8, which is where the Indian perception of the Line of Actual Control (LAC) lies, as reiterated by a Defence Ministry statement on Friday. The north bank, which has much higher differences in perception of the LAC than the south bank, had been the initial site of clashes in early May last year. The Indian Army has a permanent position near Finger 3, the Dhan Singh Thapa post, named after Major Dhan Singh Thapa who was awarded the Param Vir Chakra, the highest gallantry award in the country. The Chinese have a base east of Finger 8.

The Indian Army sends patrols from Finger 3 to Finger 8 on foot, while the Chinese have built a road for their vehicular movement. Both sides also patrol the water on speed boats which also results in face-offs. However, the face-offs are usually resolved as per the protocols agreed to for maintaining peace and tranquillity on the border.

The south bank of Pangong leads to the Kailash range and to the Chushul sector. The Chushul sector is critical as it lends room for tank manoeuvres owing to its flat terrain. This was the site of pitched battles during the 1962 war and the heroic battle by 13 Kumaon, led by Major Shaitan Singh at Rezang La, the mountain pass on the southeastern approach to the Chushul Valley. Over the years, India has strengthened its defences on the south bank in addition to deployment of tanks. For India, Pangong is critical to maintain hold on the Chushul Valley.

As per the current agreement, both sides will cease their forward deployments in a “phased, coordinated and verified manner” and will move back to their permanent bases. “A similar action would be taken in the south bank area by both sides,” the Indian Defence Minister said.

“These are mutual and reciprocal steps and any structures that had been built by both sides since April 2020 in both north and south bank area will be removed and the landforms will be restored.” The PLA has built extensive defences between Finger 8 and Finger 4 and also mounted gun positions on the ridgelines of Finger 4, overlooking Indian positions.

The Army gained tactical advantage over the PLA on the south bank in August by occupying several peaks lying vacant since 1962, gaining a dominating view of the Moldo area. On the north bank too, Indian troops set up posts facing PLA positions on the ridgelines of Finger 4. Both sides are now in the process of clearing these positions, and the process is being jointly monitored. Last September, shots were fired in the air on the south bank, the first time since 1975 on the LAC.

Both sides have also been agreed to a “temporary moratorium” on military activities on the north bank, including patrolling to the traditional areas, which will be resumed only when an agreement is reached in diplomatic and military talks between the two countries.

While Pangong has emerged as the focal point of the stand-off, the disengagement here is the first step in a long process.

The Defence Ministry said that Mr. Singh’s statement had also made it clear that there are outstanding problems to be addressed, including at “Hot Springs, Gogra and Depsang”. The outstanding issues are to be taken up within 48 hours of the completion of the Pangong Tso disengagement, it added. 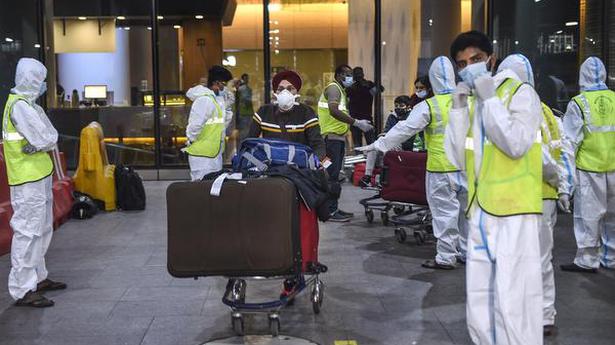 14 more cases of new variant of coronavirus reported in India 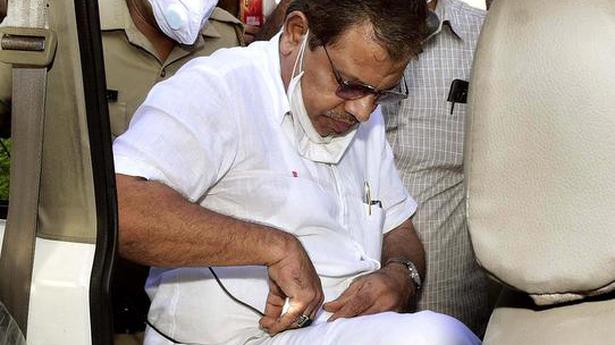