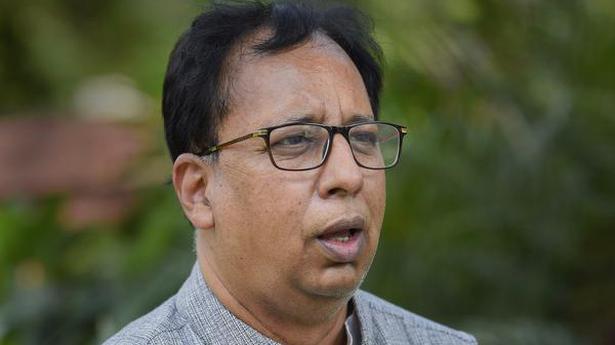 Over Cong. leader’s call for silence in LS over farmers’ deaths

BJP MP Sanjay Jaiswal, on Friday gave a notice of breach of privilege in Lok Sabha against Congress MP Rahul Gandhi for leading his party to observe silence on the floor of the House without permission of the Chair.

On Thursday, Mr Gandhi had asked his party colleagues in the House to observe silence in memory of the farmers who had died during the ant-farm law agitation.

Immediately, Lok Sabha Speaker Om Birla had to remind the members that the entire House had given him the responsibility of running the House and members should not take arbitrary decisions about proceedings.

Raising the matter during the Zero Hour late on Friday evening, two other Lok Sabha members from the BJP — Rakesh Singh and P.P. Chaudhary — demanded action against the Congress leader for committing “serious contempt”.

Mr Jaiswal said the Congress leader had asked his party MPs to stand in silence while speaking on new farm laws and farmers’ protest without taking prior permission from the Speaker. This was “insult to the dignity of the House”, he argued.

Echoing him, Mr. Singh said the Congress leader had been elected to the House several times yet was not familiar with the rules.

“We won’t tolerate disrespect to Parliament. If a newcomer doesn’t understand rules we would understand but he has been elected more than once,” he said.