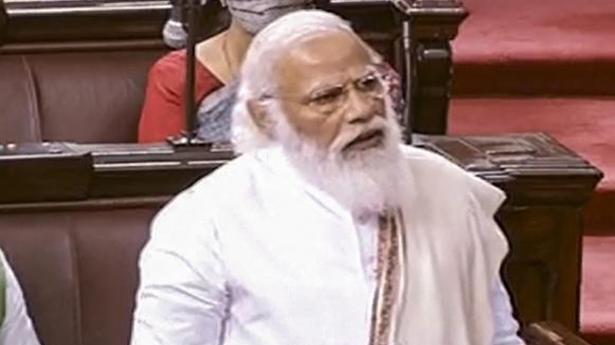 He also slammed the mushrooming of a new breed of “andolan-jivi” — professional protesters — who can be seen at every agitation. These “parasites feast on every agitation.”

Prime Minister Narendra Modi on Monday slammed those calling agitating Sikh farmers names, saying it won’t do the country any good as he went on to appeal to the protesting farmers to withdraw their over two-month-long stir and give the new agriculture reform laws a chance. He also slammed the politics over the farm laws, saying opposition parties were mum over the reasons for the agitation.

Punning on the term FDI, which stands for Foreign Direct Investment, Mr. Modi said a new thing of FDI has emerged in India, which he said was Foreign Destructive Ideology.

“We need to be more aware to save the country from such an ideology,” he said while replying to a discussion in Rajya Sabha on a motion thanking the President for his address to the joint sitting of Parliament at the start of the Budget session.

He also slammed the mushrooming of a new breed of “andolan-jivi” — professional protesters — who can be seen at every agitation. These “parasites feast on every agitation.”

In an oblique reference to agitating Sikhs being called “Khalistani” terrorists and other names, the Prime Minister said the nation was proud of every Sikh.

“India is very proud of the contribution of Sikhs. This is a community that has done so much for the nation. The words and blessings of the Guru Sahibs are precious,” he said. “Language used by some for them and attempt to mislead them will never benefit the nation.”

Farmers from Punjab and other northern states have been protesting at the borders of the national capital for over two months against the three new farm reform bills that they fear will end the current practice of government buying their produce like wheat and paddy at a minimum support price or MSP.

“We mustn’t forget what happened with Punjab. It suffered the most during partition. It cried the most during the 1984 riots. They became victims of the most painful incidents. Innocents were killed in Jammu and Kashmir. And the business of weapons was carried out in northeast. All this affected the nation,” he said.

Modi vehemently denied that the laws will end MSP or the mandi system of crop procurement.

“MSP was there (in past). MSP is there (now). MSP will remain in the future,” he said. “Also, affordable ration for the poor (through the public distribution system) will continue,” he said, adding that mandis will be modernised.

Reeling out statistics, the Prime Minister said over two-third of farmers have small landholdings and the new laws give them the freedom to sell their produce anywhere, helping to realise the best prices.

Mr. Modi also criticised the opposition for not listing out the reasons that prompted the stir against the farm laws.

These laws, he said, addressed the root cause of the agrarian problem and are aimed at helping small farmers.

The opposition parties too advocated farm reforms, he said citing a statement by his predecessor Manmohan Singh on the need to reform the procurement system.

The Prime Minister asked the farmers to end the agitation saying the government is ready for talks.

“Give these reforms a chance,” he said. 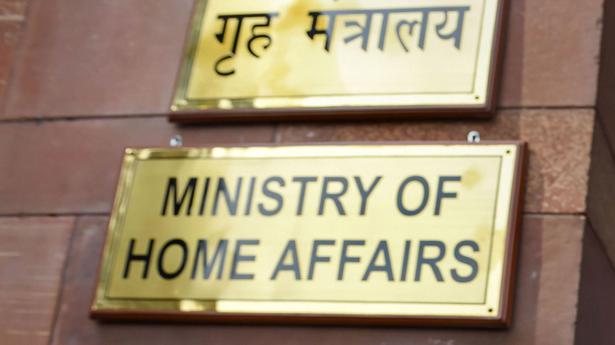 MHA’s call to CAs on foreign funds use by NGOs