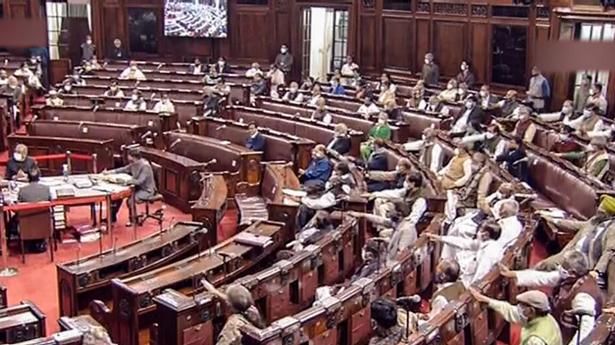 Minister denies charge that it will lead to privatisation.

The Rajya Sabha on Wednesday passed the Major Ports Authority Bill, 2020 with 84 votes in favour and 44 against.

In a long reply, Union Minister Mansukh Mandaviya said the Bill aimed to make the ports world class and give the port authorities power to make their own decisions. He denied the Opposition’s charge that it would lead to privatisation.

CPI (M) MP Elamaram Kareem had demanded a division opposing the Bill. Deputy Chairman Harivansh, who was in the chair, agreed, calling for a voting despite protests from BJP benches, including by Railway Minister Piyush Goyal.

Electronic voting could not take place because the members have been allotted seats in galleries and the Lok Sabha chamber to ensure physical distancing as part of the COVID-19 protocol. Though, many members ignored the protocol and sat together in the Rajya Sabha chamber when the voting was called for. The Opposition lost the vote despite support from the Congress, the TMC, the SP, the RJD, the DMK, the AAP, the CPI(M) and the CPI.

Mr. Mandaviya questioned: “Have Kerala, Tamil Nadu, Andhra Pradesh and Maharashtra governments not given ports to private companies for development? Did that happen in the tenure of Narendra Modi?”

Taking a dig at the Opposition for opposing the Bill, Mr. Mandaviya said “the sky has not fallen” and the Bill was introduced after taking into account the major recommendations of the standing committee.

Congress’s Shaktisinh Gohil, while opposing the Bill, said this was being done to “help a particular friend.” “The Bill has weaknesses and lacuna that benefit a certain friend. Has this Bill been brought in to help a friend? Airports have been named after that friend, now the intention seems to hand over the 12 sea ports to a particular friend,” Mr. Gohil said.

“Out of the 13 Board members, seven are private members, and yet you say you are not privatising? Their qualification, expertise, experience have not been stated. What will their qualification be, then? ‘Yes Boss’ and ‘Yes Ministers’ will occupy the Board,” he alleged.

P. Wilson of the DMK said the word “trust” had been taken away through this Bill. “This Bill has been brought to serve Adani’s interest. This Bill supersedes the State’s master plan,” he said.

Ram Gopal Yadav of the SP accused the government of being on a selling spree. “Only two years ago the Varanasi airport was renovated at a cost of ₹800 crore. Now biddings are being invited for this airport. This government is gradually selling all public assets,” he said.

PMK must do a ‘course correction’ and move away from ‘hate politics’, says VCK leader 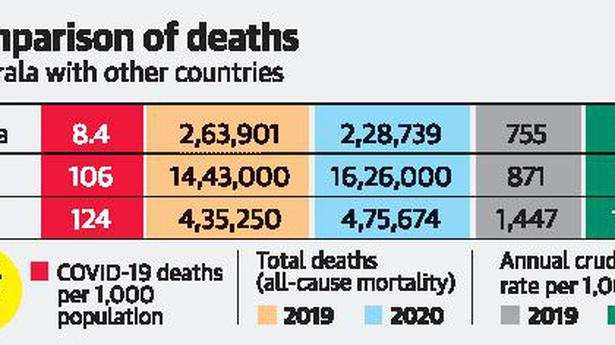