Our past can inform our choices in the future. Indian history is rich and diverse but we are used to reading it through colonial glasses. Past Forward will look at Indian history with a fresh perspective.

Born four years after India’s First War of Independence in 1857, Rabindranath Tagore passed away just six years before India became free. This placed him in a unique position where he witnessed the Indian nationalist movement evolve from the annual meetings of the educated elite to a countrywide mass movement. On the other side, at least sixteen Viceroys, excluding the stop-gap ones, came and went during his lifetime.

As is well-known, born into one of Bengal’s most prominent families, Tagore’s worldview was informed by the social and cultural transformation that had begun in the province — at the beginning of the nineteenth century. Amongst his elder contemporaries who were carrying the flame of the Bengal renaissance forward were Keshub Chandra Sen, Bankim Chandra Chattopadhyay, Nabagopal Mitra, Rajnarayan Basu, Shibnath Shastri and Ishwar Chandra Vidyasagar. Just two years younger to him was Swami Vivekananda. The central theme of this transformation was the rediscovery of India’s past and its synthesis with modern western thought brought to India largely by the British.

Apart from his literary creativity, Tagore directed his energies towards social reformation, in which he engaged with various strands of thoughts from the stalwarts mentioned above, sometimes agreeing and often disagreeing with them. Politics came as a follow-on, later in his life, but his relation with politics always remained uneasy. Neither did he become a political leader capable of organising the mass nor did he succeed as an ideologue of the national movement, more often than not running into fundamental differences with its leaders on matters of ideology and programmes. That, however, did not stop him from taking a strong public stand on a number of developments in the nationalist struggle, especially the release of non-Gandhian political prisoners. He voiced his opinion, remaining on the periphery as a sort of a conscience-keeper, stepping in only occasionally. His intellect and humanism earned the respect of all, but were not enough to earn acceptability as a political leader or theorist.

The most prominent political leaders at the time he began dabbling in public affairs in the last decade of the 19th century, and with whom he engaged at different points in time, were Bal Gangadhar Tilak, Surendranath Banerjee and Bipin Chandra Pal, all elder to him. Amongst the younger ones were Chittaranjan Das and Aurobindo Ghose. The connect with Gandhi was to happen much later in 1915 and with Subhas Bose even later, in 1921. Tagore played a leading part along with the founders of Calcutta’s Amrita Bazar Patrika in raising funds for Tilak after he was arrested in 1897 and appointing barristers to defend him.

Although certain elements of his political thought were fluid and prone to change, he held on to a few basic tenets. Thus, despite being one of the leading voices of the movement against the Partition of Bengal in 1905 and the Swadeshi movement that followed, he was disenchanted quite quickly by the manifestation of the boycott movement and the clashes between the moderates and the extremists in the Congress. He captured his inner conflict during this period in the novel Ghare Baire (The Home and the World) published a decade later, which criticised many aspects of the movement.

Just as he had been vocal against the Sedition Bill of 1898, Tagore rallied behind Annie Besant in her protest against the Defence of India Act of 1915. It was soon his turn to be disappointed again as he watched leaders of the Congress expressing joy and hope over the announcement from the Secretary of State Edwin Montagu regarding constitutional reforms to grant additional powers in the hand of Indians. He wrote and publicly read out essays critical of the government, especially on the matter of the repressive laws and internment of a large number of youths without trial, as much as of the Congress for lack of leadership. Due to his disaffection with the Congress politics, Tagore turned down Besant’s proposal to nominate him as the Congress president in 1918.

Tagore was vocal about his opinion that freedom could never be achieved through petitioning and focused on uniting Indians, building capabilities through national education and strengthening the economy through rural reconstruction. He also went on to become a stringent critic of narrow nationalism, a line of thought that was taken by Chittaranjan Das as an attack on the nationalist movement. Das launched a scathing attack on Tagore’s universal humanity, laying down his broad view of nationalism. In fact, Narayan, the magazine edited by Das who was himself considered a litterateur of some standing, and Prabasi, a magazine edited by Ramananda Chattopadhyay, became the battle ground between Tagore and Das. Das’s protégé Subhas Chandra Bose stood behind his mentor in this debate. Immediately after Das’s death in June 1925, Bose wrote to his elder brother Sarat from the Mandalay prison that while on one hand Narayan played a key role in reviving Bengal’s ancient and national culture, on the other hand it exposed ‘the hollowness of the shallow internationalism in life and literature of Tagore and his school which did not realize the fundamental truth in nationalism.’

In its issue of June-July 1917, Narayan ran an editorial critiquing Tagore’s worldview and reminiscing the fire that was seen in him during the Swadeshi movement but which was snuffed out by the first blow of wind. Tagore was too much of a poet who was guided by too much of beauty and softness, the editorial claimed. In his enchantment with Krishna’s flute, Tagore had neglected the beauty and truth manifested in the form of Kali. The writer pointed out to weakness of heart being packaged as love and concern for others as seen in Arjun in the battle of Kurukshetra. According to some accounts, Tagore was so offended by Das’s offensive that he was reluctant to attend Das’s memorial or to write a eulogy, something that he finally had to do under pressure.

If Tagore was critical of the petitioning mentality of the moderate leadership, he was equally abhorred by the acts of violence of the revolutionaries. Yet, he never hesitated to applaud their courage and spirit of sacrifice. According to Tagore’s biographers, the police department kept a keen watch on him, maintained records of his movement and also opened his correspondence. The matter came to Tagore’s attention when due to negligence of the police censor, a letter from Dhaka was inserted into an envelope carrying a letter from Germany. An amused Tagore observed that after all the government did not ignore him as a useless person. His contact with revolutionaries like Rash Behari Bose, Jadugopal Mukherjee and Bhupendranath Dutta drew the ire of the intelligence departments.

The most famous disagreement of Tagore, of course, was with Gandhi, over nationalism and the ‘cult of charkha’ which the poet expressed in the pages of The Modern Review and Prabasi, and the Mahatma responded to in the pages of Young India. While he refused to believe that spinning the charkha would bring freedom (a matter on which he faced numerous arguments from the Bengal Congress leaders including novelist Sarat Chandra Chattopadhyay who had adopted the Gandhian programme for the time being), he continued his tirade against nationalism which he perceived to be based on hatred and enmity. Although it was not a direct response to Tagore, but Subhas Bose articulated the counter-idea of nationalism that he stood for in his presidential speech at the Maharashtra Provincial Congress in 1928. Bose responded to the charge of nationalism being ‘narrow, selfish and aggressive’ from the perspective of ‘cultural internationalism’. He stressed that Indian nationalism, far from being any of these, was ‘inspired by the highest ideals of the human race, viz., Satyam (the true), Shivam (the good), Sundaram (the beautiful)’.

In the same year, Tagore and Bose had a tiff over the issue of Saraswati worship in a Calcutta college owned and operated by the Brahmos. Tagore was not only a Brahmo by faith, but his personal involvement was even greater as his father was a founder of the faith. It took many years for their relationship to normalise and for Tagore to come out publicly in support of Bose in his conflict with the Gandhian relationship.

Tagore probably had some inkling about Bose’s escape from home internment in 1941 and his journey abroad. Bose himself had met the poet immediately before his arrest in July 1940, and Sarat briefed him following his anxious queries about Subhas after the news of his disappearance became public. However, in all likelihood he would have been under the impression that Bose was going to the Soviet Union. In view of his public denouncement of the Nazi and Fascist regimes one is left wondering how Tagore would view Bose taking assistance from the Axis bloc.

Chandrachur Ghose is author of Bose: The Untold Story of an Inconvenient Nationalist, published by Penguin. The views expressed in this article are those of the author and do not represent the stand of this publication. 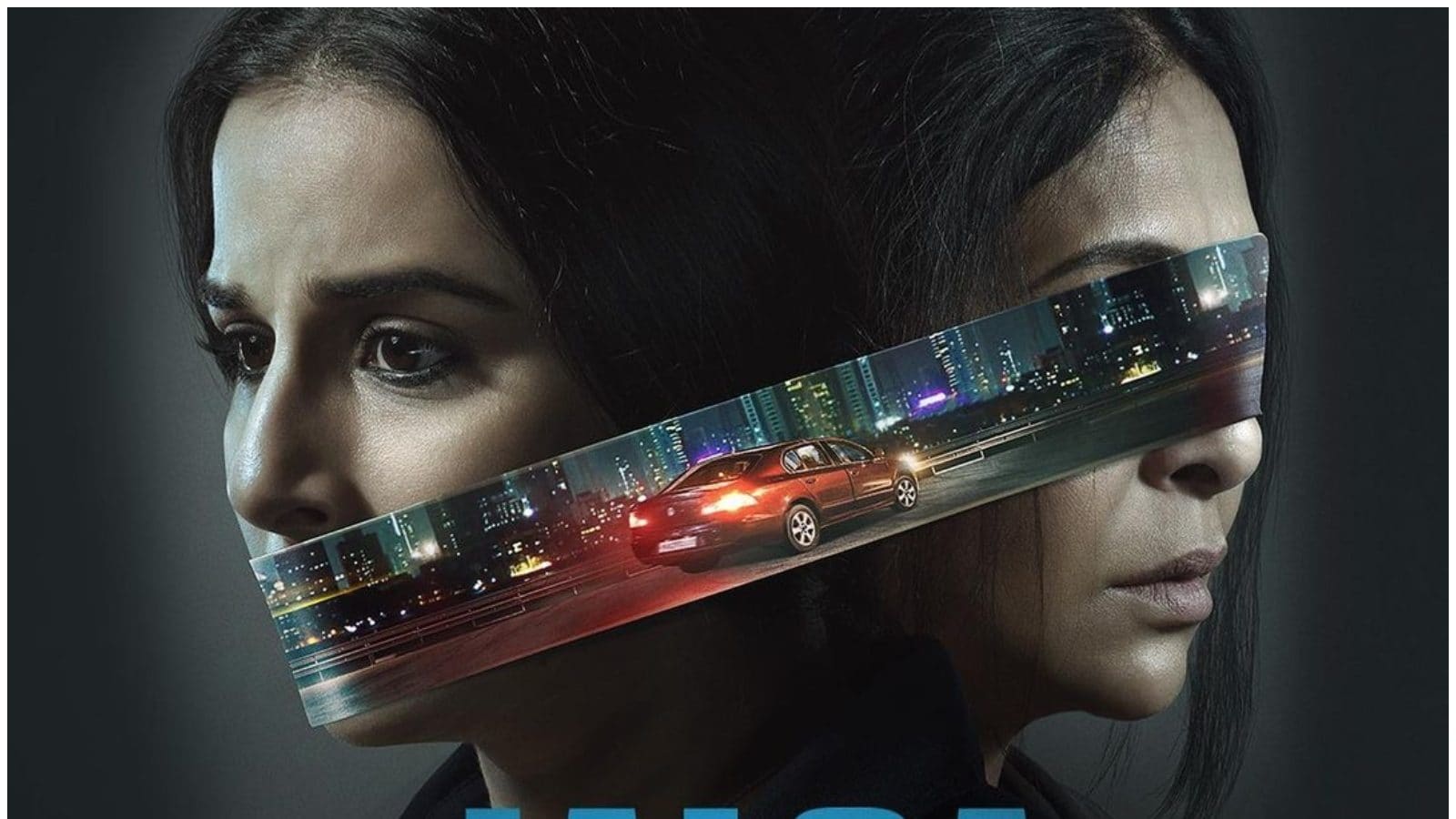 Jalsa Director on Bringing Vidya Balan and Shefali Shah Together for the Film: ‘I was Just Too Greedy’ 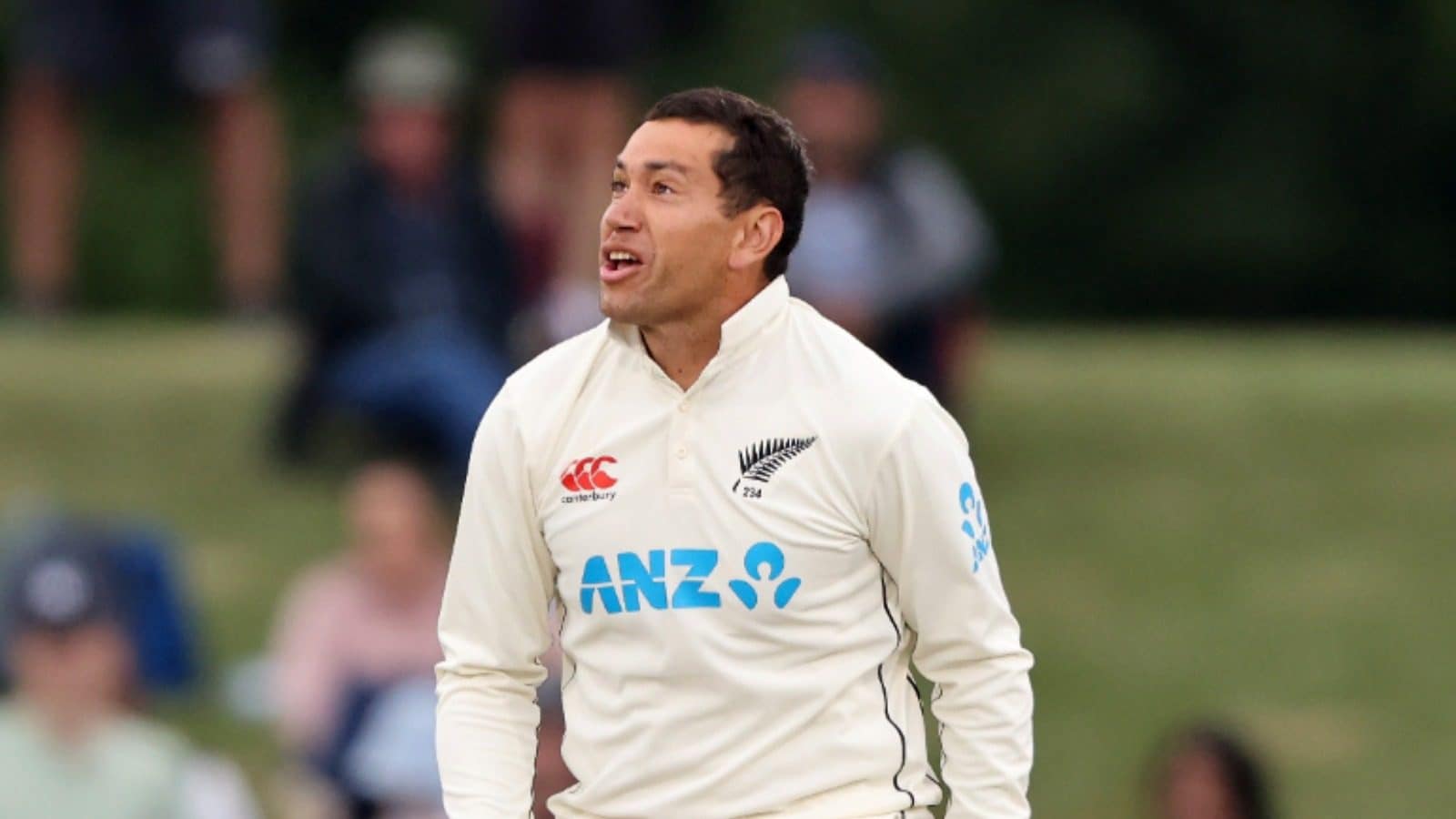 In my Mind, I Wanted to Finish on my Own Terms: Ross Taylor on Retirement AAP Gives ‘Due Representation’ to Dalits, 4 Out of 10 Ministers in Punjab Cabinet from SC Community