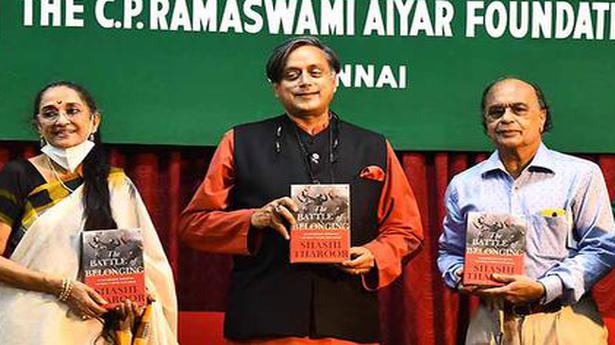 
Congress Member of Parliament from Thiruvananthapuram, Shashi Tharoor, on Thursday offered a distinction between patriotism and nationalism contending that “a patriot is prepared to die for his country while a nationalist is prepared to kill for his State.”

Mr. Tharoor was in Chennai for the launch of his book ‘The Battle of Belonging: on Nationalism, Patriotism and what it means to be an Indian’ marked by a discussion with right-wing ideologue and Supreme Court advocate J. Sai Deepak.

The event was organised by The C.P. Ramaswami Aiyar Foundation.

“Orwell’s visceral hatred of nationalism is very much influenced by what he saw in Europe’s nationalist movements in 30s and 40s. Building on Orwell, I came to the view that patriotism is about your love for the country…much about how you love your mother… because it is yours. Nationalist is caught up in an idea that is caught up in the State — flag, army and often defines his allegiance in opposition to others,” he said.

Rebutting these arguments, Mr. Deepak said that the book takes a “truncated view” of what people crudely dub as ‘Hindu nationalism’.

Mr. Deepak said that he was prepared to completely discard V.D. Savarkar to build a case for ‘Hindu (Dharmic) civilisationalism’. “It would be a grave injustice to the society using one particular individual used as a straw man. With due respect to Shri Savarkar and his contributions, it is not possible to completely glorify all parts of any person,” he said. 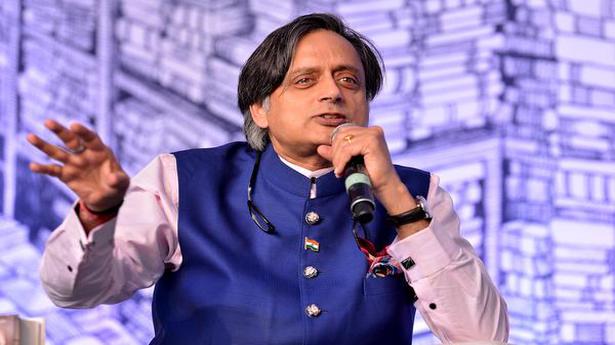