Varinderpal Singh said his ‘conscience did not allow him to receive the award when farmers were on the roads’.

Standing in solidarity with farmers agitating against the Centre’s new farm laws, a senior agricultural scientist of the Punjab Agricultural University (PAU) refused to accept an award from a Union Minister.

Varinderpal Singh, principal soil chemist at the PAU in Ludhiana (Punjab), was chosen for the ‘FAI Golden Jubilee Award for Excellence’ for best work done in plant nutrition.

On Monday, when New Delhi Union Minister for Chemicals and Fertilizers D.V. Sadananda Gowda presented the award to Mr. Singh at an event held by the FAI, the scientist refused to accept it from him. Mr. Singh said his conscience did not allow him to receive the award when farmers were on the roads.

As his name was announced, Mr. Singh went up the stage and stated a few advantages of PAU-leaf colour chart (PAU-LCC) technology for which his team was chosen for the award.

He then said “I have a humble submission that at this time of crises for the nation, when our farmers are on the roads, my conscious does not allow me to receive this award. So, I wish that we shall work together for the nation, and the government would listen to our dear farmers. The work I did is only for the farmers and for the nation, so I feel I would be guilty if at this moment I receive this award, but I have great gratitude for the honourable Minister of Chemicals and Fertilizers and Director General, FAI, so kindly accept my apologies. I regret for any inconvenience. My only feelings are that we shall jointly work for the farmers, we shall jointly work for the government of India, so that we can make our India a great nation.”

“I support farmers,” he chanted before leaving the stage.

In a letter to Prime Minister Narendra Modi, Mr. Singh said that while he was grateful that the FAI recognised the research of his team and invited him to receive the award, his conscious did not allow him to receive this award from any government official because of the unnecessary pains given inflicted on farmers.

In his letter denying the award, Mr. Singh wrote “I am neither a politician nor a terrorist and writing in the capacity of an Indian..”

He added “..I am grateful to FAI for recognising our research and awarding the prestigious FAI Golden Jubilee award to my team.. but my conscious does not allow me to receive this award from any government official because of the unnecessary pains given by government of India to the peacefully protesting farmers. The way the government tried to break the courage of farmers, and the way farmers remained disciplined and peaceful is now history.”

“..I don’t wish to use the space and time to tell you how the laws are anti-social and dangerous for socio-economic structure of India, as it is well known to one and all. The civilians and intellectuals from different States of India are demanding the withdrawal of anti-social laws. Under these circumstances, I regret to accept FAI Golden Jubilee award. I love to stand by farmers instead of receiving any cash award or gold medal at this time of crises for the nation,” he wrote.

Demanding that the Prime Minister immediately announce the withdrawal of these laws in Parliament, Mr. Singh wrote “..,ignoring the genuine demands and keeping Indians on roads in this winter is not in the interest of the nation.” 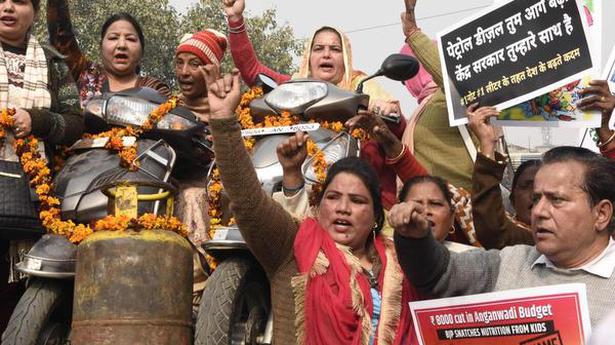