The district police on Friday invoked the Preventive Detention (PD) Act against a “habitual offender” wanted in as many as 11 cases of ATM robbery in the erstwhile undivided Khammam district.

The police identified the accused in the ATM robbery cases as Banala Prashanth of Jayashankar Bhupalpally district.

He is also wanted in another 14 ATM robbery cases in the erstwhile composite Warangal, Karimnagar and Nalgonda districts in the State, besides in Andhra Pradesh’s Krishna district, police said.

As per the instructions of the higher authorities concerned, the Bhadrachalam police detained him under the provisions of the PD Act and shifted him to the Central Jail in Warangal on Friday.

In Khammam district, an alleged habitual property offender identified as T Narasimha Rao alias Chinnabbai, 28, of Tanikella in Konijerla mandal, was booked under the provisions of the PD Act (Act No 1 of 1986) on Friday.

According to police, he was allegedly involved in nine property offences under various police station limits in Khammam Police Commissionerate limits.

The PD Act was invoked against him by the appropriate authorities after noticing that his “unlawful” activities were prejudicial to the maintenance of public order, causing disturbance to peace and tranquillity in the limits of Khammam Police Commissionerate, police added.

He was detained under thePreventive Detention Act here on Friday and moved to the central prison in Warangal. 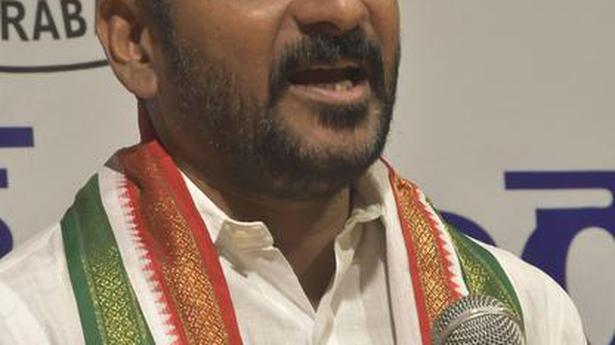 Chances of Central nod for ITIR get dimmer