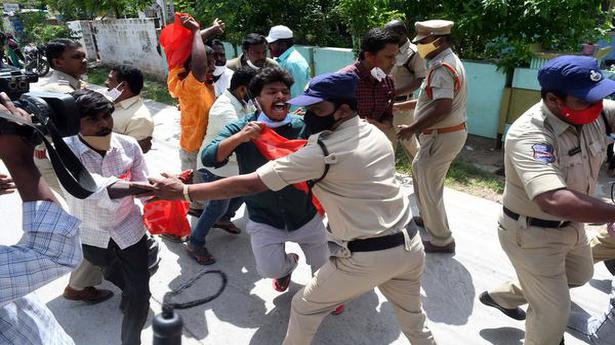 All the demonstrators were bundled into a police van and shifted to a nearby police station.

Several activists of the PDSU and the PYL were taken into custody when they attempted to lay siege to the camp office of the Transport Minister P Ajay Kumar in Khammam on Tuesday as part of a Statewide stir demanding release of a job calendar to fill up all the vacant posts in various government departments expeditiously within a fixed time-frame.

Chaos prevailed for some time near the camp office after several demonstrators including student activists and unemployed youth ran towards the entrance of the office building, where they were intercepted by the police.

All the demonstrators were bundled into a police van and shifted to a nearby police station. They were let off later.

They shouted slogans holding the ruling TRS dispensation “responsible” for the suicide of Shabbir, 26, an educated unemployed youth of Sirsedu village in Ellanthakunta mandal of Karimnagar district, who allegedly ended his life by jumping in front of a speeding train near Jammikunta on Sunday depressed over “unemployment.”

Addressing the demonstrators at a rally held earlier in the day, the PDSU district president N Azad and the PYL district secretary K Srinivas charged the TRS government with being “indifferent” to the recent spate of “suicides” by unemployed youth in various parts of the State.

In a veiled attack on the TRS regime, they alleged that the inordinate delay on the part of the ruling dispensation in the State in filling up all the vacant government posts shattered the hopes of many educated unemployed youth, who led the separate Telangana movement from the front to its logical end.

They further alleged that the State government recently issued a statement to fill only 50,000 government jobs as against the total 1.90 lakh existing vacancies in various government departments in the State.

They warned that the PDSU and the PYL will launch an intensive agitation if the TRS government failed to deliver its pre-poll promises to the unemployed youth including implementation of the monthly unemployment allowance scheme, one of the promises made in TRS’s election manifesto in 2018. 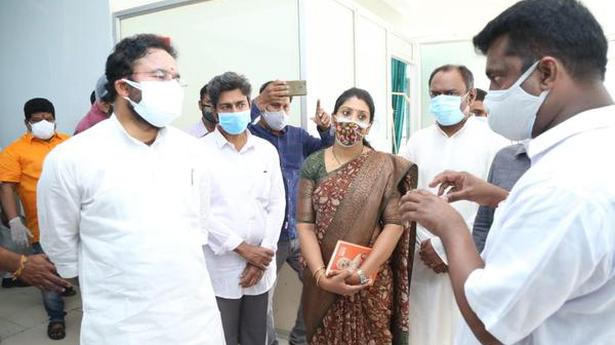 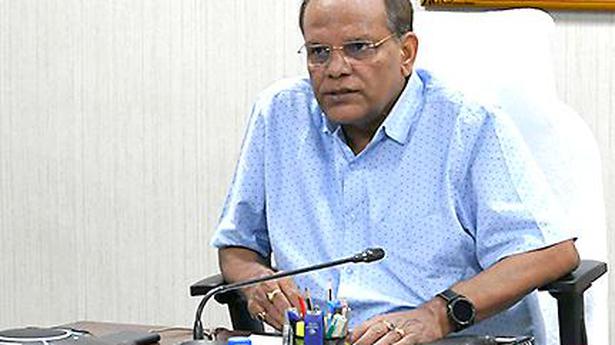 10 new Collectors get orientation on portal 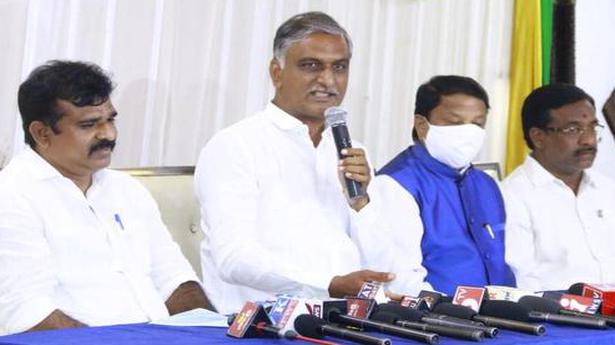