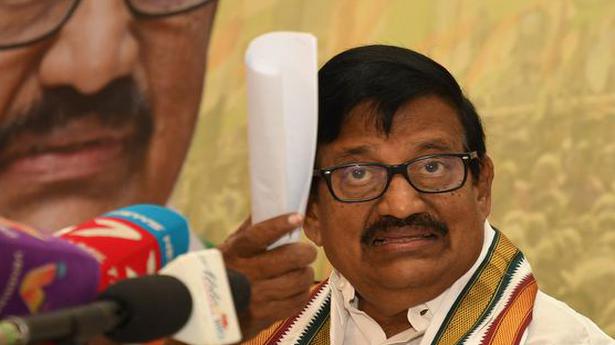 Talking to reporters in Chidambaram, Mr. Alagiri said that Union Home Minister Amit Shah should quit office since he had “compromised national security”. The fact that Pegasus software is only sold to governments and to no one else shows that the Prime Minister and Mr. Shah had colluded with the NSO group in using the spyware against political opponents and journalists, he charged.

The Congress leader said it is amusing that the Indian investigations agencies including Research and Analysis Wing (RAW), Central Bureau of Investigation (CBI), and Intelligence Bureau (IB) were kept in the dark over the illegal surveillance in spite of the fact that the three agencies had been reporting daily to Mr. Modi and Mr. Shah.

Explained | Pegasus, the spyware that came in via WhatsApp

“The Prime Minister should submit a white paper on the issue so that all misgivings could be cleared. Although India is the cradle of democracy, the surveillance issue, and keeping it out of bounds only exposes Mr. Modi’s shattering of our democratic and constitutional values,” he said.

The TNCC also demanded a Supreme Court-monitored probe into the snooping controversy.

Mr. Alagiri said that the Prime Minister had urged people to get vaccinated as vaccine in the arm would make one Baahubali in the fight against COVID-19. But now the snooping of mobile phones exposes all that is happening in our households to countries like Israel, China and Pakistan, he claimed.

The Centre has not denied the snooping incident he said, adding that the TNCC would take out a rally to the Raj Bhavan in Chennai on Thursday over the Pegasus snooping controversy.

Mr. Alagiri also condemned the Union Health Minister Mansukh Mandaviya for misleading the country that no deaths were reported by any State because of shortage of oxygen. He said that several states including Gujarat, Karnataka, Andhra Pradesh, Uttar Pradesh, Delhi, and Haryana had reported deaths due to lack of oxygen and the Minister was misleading the country by lying about the deaths. 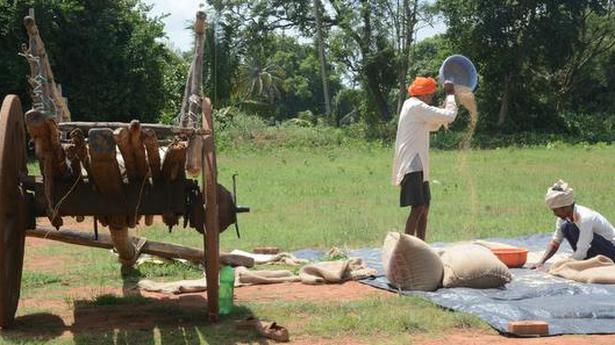