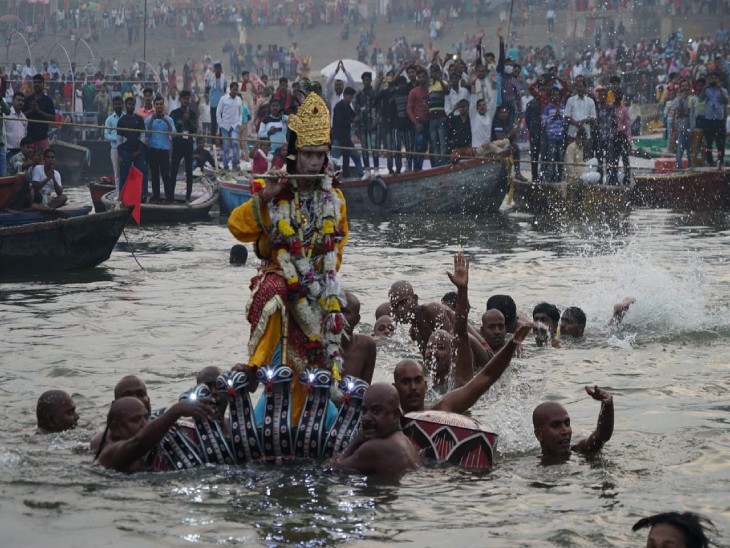 It is said that Akbar also used to visit Leela by waterway during his reign.

The grand event of Nag-Nathiya Leela, which is included in the Lakkha fair of Kashi at Tulsighat, was held on Wednesday evening. The ancient Krishna Leela started from the time of Goswami Tulsidas. Leela depicts the mourning of Kaliya Nag in the river Jamuna by Lord Krishna. Here Leela of Tulsighat is organized in the Ganges.

Lord Krishna jumps from the 20 feet tall tree of Kadam

Mahant Professor Vishambharanath Mishra of Akhara Goswami Tulsidas said that Tulsidas had a significant life span here. He started this leela in the same period. Lord Krishna plays ball with friends in Leela. As soon as the ball goes into the Ganges, they jump from the step tree. When they come out, Kalia dars the devotees playing the flute while mulling the serpent.

In view of the Kovid-19, 200 passes were issued. It is believed that more than one lakh people gather in this tradition that has been going on for years. Tulsighat, Bhadaini, Shivala and nearby ghats were filled with devotees to see Leela on Wednesday. 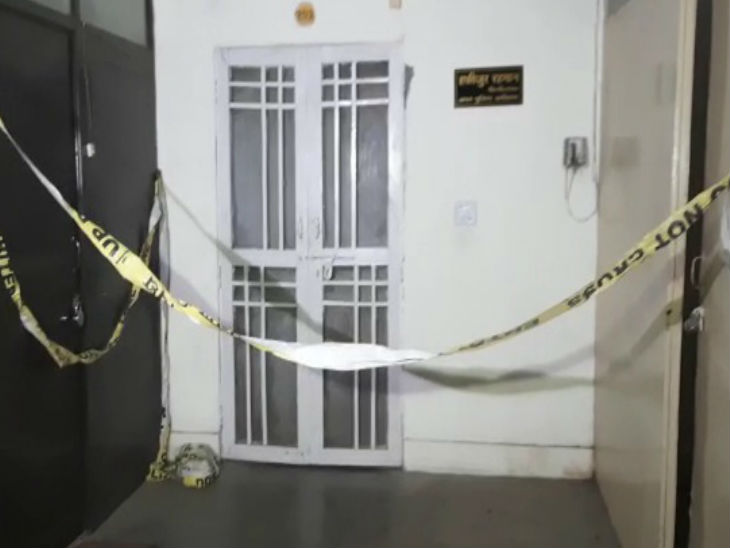 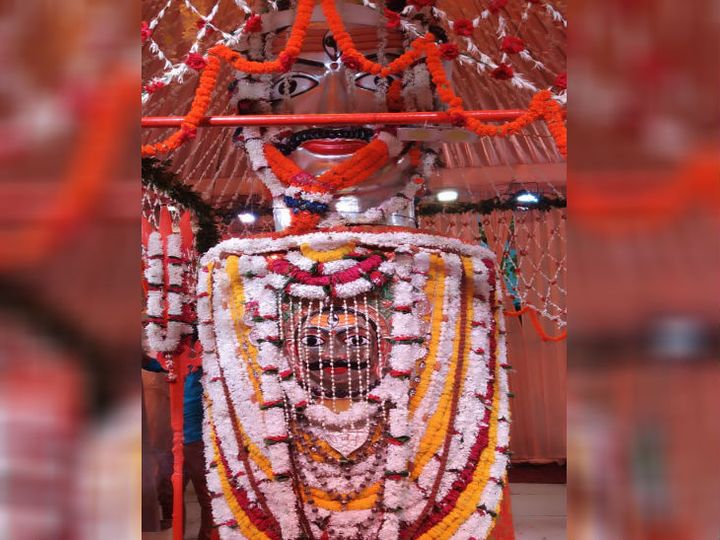 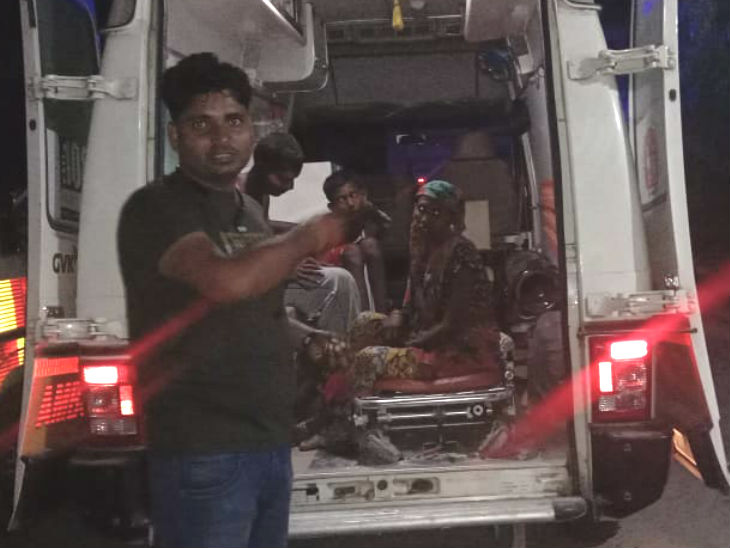