Public response to the COVID-19 vaccine has been lukewarm in Visakhapatnam district, with apprehensions over its side-effects still lurking in people’s minds.

The vaccine was rolled out by the Union Government in coordination with States across the country on January 16. However, the response has not been desirable in the district, according to officials.

From January 16 to till date, the number of health workers vaccinated in the first phase and the frontline workers in the second phase is around 35,000, according to conservative estimates from the District Immunology Department.

Apprehensions among the people on the efficacy and side-effects of the vaccine continue to deter people from taking the jab, despite a large number of doctors and senior officers taking the vaccine and the number of adverse reactions being limited to a very miniscule number.

In Visakhapatnam district, the ratio of people suffering from some kind of side-effect is around 1 for every 3,000.

Of the 27,000 health workers who have taken the vaccine in the district in the first phase of rollout, adverse reactions have been seen in just two, said District COVID Special Officer and Principal of Andhra Medical College P.V. Sudhakar.

The ratio is 1:14,000, but despite that still people are sceptical, he added.

In normal circumstances, the ratio of side effects is around 1:10. People may suffer from minor side effects such as fever or body pains and they need no hospitalisation. Also, the effects subside within 24 to 48 hours.

So far in the district, hospitalisation was required for only two persons and both were patients of chronic asthma. Both suffered from anxiety neurosis, as they were patients of blood pressure. But they were discharged within two days, after mild medication, said Dr. Sudhakar.

According to District Immunology Officer Jeevan Rani, while both phases are running simultaneously, there has been a slowdown due to the local body elections. We hope to pick up the pace again by the middle of March, she said.

Dr. Jeevan Rani also confirmed that there was no dearth of vaccines and sufficient stock is being maintained not only at the main storage point, but also at all session sites.

At present, the district has close to 50 to 60 session sites.

According to Dr. Sudhakar, so far the district has not recorded any of the strains from Britain, South Africa or Brazil.

In all the three strains, a change in genomic sequence has been observed and it is said that they have 70% more propensity to infect.

Group-I Mains at 41 centres from tomorrow 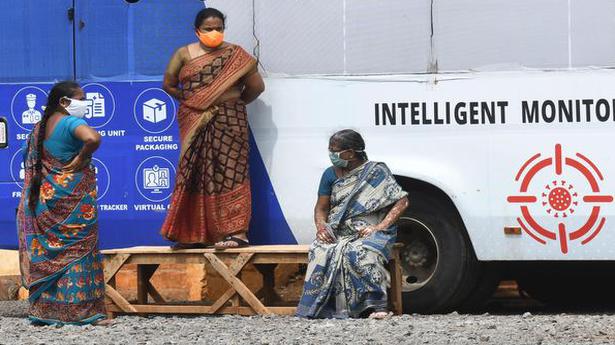