Union Petroleum Minister Dharmendra Pradhan said on Wednesday it was wrong to campaign that fuel prices are at an all-time high as petrol and diesel prices are governed by an international price mechanism.

K. Venugopal of the Congress said petrol price is about ₹100 per litre in his village and asked why the prices are at an all-time high when the international crude price is not so. Responding to this, Mr. Pradhan said, “Today the price of crude oil is $61 a barrel. He belongs to Kerala where a lot of people stay in Gulf area. Before coming to the House, he should at least check with some of his close friends from that area what the price is….States are responsible; the Union government is also responsible for this tax issue. He has asked me how many times we have raised the price and the excise duty. The States too have raised the VAT. So, both the States and the Central government are raising taxes according to their developmental needs.

“Sometimes, the government of India has reduced the excise duty. In the last three years, we have done so. In the last 300 days, the increase in the price was for 60 days. For around seven days in respect of petrol and for 21 days in respect of diesel, we have decreased the price. Almost for 250 days, we have neither increased nor decreased the price. So, it is a misnomer to campaign that prices are all-time high.”

When asked by Samajwadi Party’s Vishambhar Prasad Nishad why the petrol price was high in Ram’s India when it was low in Sita’s Nepal, the Minister said India cannot be compared with such countries where petrol is not for the consumption of the masses.

“Do we compare ourselves with big economies or such small economy. Let me give you an example of kerosene that is priced at ₹32 in India but there [Nepal, Bangladesh] it is priced at ₹57-59. Kerosene is an item of mass consumption in those countries,” he said. 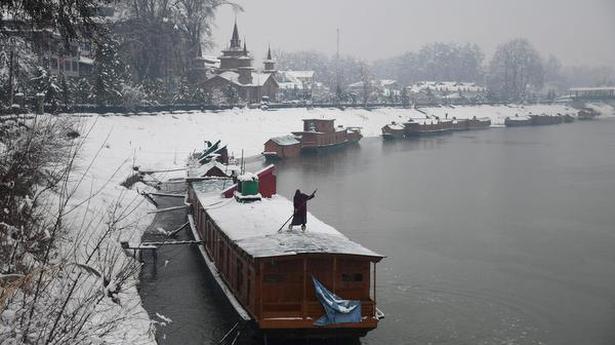 Tour operators set up helpline for tourists stranded in Kashmir