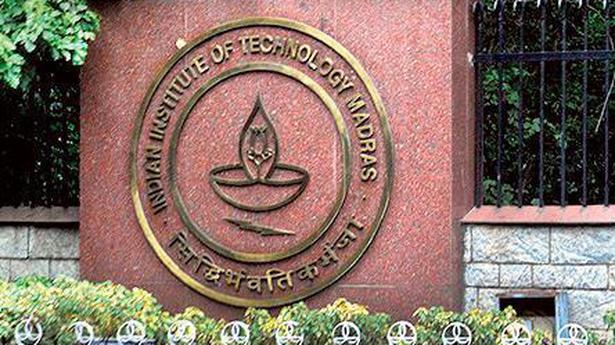 Despite official policy, OBC, SC and ST applicants less likely to gain admission as compared to those from General Categories

Scheduled Caste and Scheduled Tribe applicants are half as likely to get selected for a Ph.D. programme at leading IITs in the country as aspirants from the General Category (GC) are.

Data collated from a series of RTI applications, including from The Hindu, on the number of applicants versus the number of those admitted to Ph.D. programmes in the five older IITs has indicated that the acceptance rate is skewed against students from the SC, ST, and Other Backward Classes (OBC) communities.

The acceptance rate, which refers to the number of students selected for every 100 students who applied, stood at 4% for students from historically privileged castes (General Category). It falls to 2.7% for OBC students and further down to just 2.16% for SCs and 2.2% for STs.

This finding comes against the backdrop of the Education Ministry’s data submitted to Parliament last year showing the failure of the IITs to fill Ph.D. seats as per reservation.

It showed that of the total admissions made by all IITs from 2015 to 2019, only 2.1% went to STs and 9.1% to SCs. The government’s reservation policy mandates allocation of 7.5% seats for students from the STs and 15% from SCs.

Similarly, 23.2% seats went to applicants from the OBCs against the 27% mandated by reservation. Remaining 65.6%, or roughly two-thirds of all the seats, went to GC applicants.

The IITs have often cited the lack of applicants from the marginalised communities for the situation. However, the RTI data reveals quite the opposite.

The RTI query data covered 3,279 Ph.D. admissions made from among 95,445 applicants in the five-year period from 2015 to 2019 in the four popular departments of civil (CE), electrical (EE), computer science (CSE), and mechanical (ME) engineering departments in the IITs of Madras, Bombay, Delhi, Kanpur, and Kharagpur.

The trend of acceptance rate being significantly higher for GC students is more pronounced in the Delhi, Madras, Bombay and Kanpur IITs. Though the skewed acceptance rate was observed in IIT Kharagpur also, it did marginally better.

The disparity is more visible when the proportion of each category of applicants was compared with their proportion among those who gained admission.

In the July 2016 admission cycle in EEE in IIT Kanpur, 29 candidates were selected from 396 GC applicants (7.3%) while not a single one of the 46 SC applicants made it.

Interestingly, data from IIT Guwahati painted a different picture, countering the explanations for the disparity in other IITs.

According to data on 456 admissions and 13,033 applicants provided by IIT Guwahati, the acceptance rates for students from marginalised communities were roughly similar or even higher than GC students.

While IIT Guwahati also failed to fulfil the reservation-mandated allocation of seats, it was the only major IIT that came closest to the desired numbers. The percentage of OBC, SC and ST candidates among those admitted were respectively 21%, 12.3% and 5.5%.

Responding to the data, Professor and Chair in the Department of Anthropology at Harvard University Ajantha Subramanian said it was far more likely that the failure to fill the reserved seats was due to selection bias.

Professor Subramanian, who has written on the workings of upper caste privileges in the IITs in her book The Caste of Merit, told The Hindu, “There has been long-standing opposition among IIT administrators and faculty to reservations, which they see as a form of unjust government intervention in their meritocratic institutions.”

Arguing that the data showed the pyramidal structure of Indian education in which exclusion increased as one moved through advancing degrees, Professor Subramanian said the argument of “merit” was often used as an alibi for continuing social exclusion.

“A truly just admissions policy must directly address the vastly different circumstances from which students come so that so-called ‘merit’ is recognised as the by-product of unfair structural advantages and not simply as innate talent,” she said.

The recent report of an Education Ministry-constituted committee, which included administrators from a few IITs, has faced criticism for recommending the abolition of reservation in faculty recruitment.

Sukhdeo Thorat, Professor Emeritus, Jawaharlal Nehru University, and former Chairman of University Grants Commission, who previously headed a committee to look into caste-based discrimination at the All India Institute of Medical Sciences, said the data highlighted the need for a further detailed study on the issue.

He stressed the need for increased transparency in the admission process and the presence of OBC, SC and ST members on the selection panels.

ChintaBar, a student collective in IIT Madras, has said the acceptance rate must ideally be higher for students from reserved categories with different cut-off marks for them.

Pointing out that the number of applicants from reserved categories was many times higher than the reserved seats, it urged the IITs to follow reservation in letter and spirit.

The Hindu reached out to the six IITs for their comment. IIT Delhi and IIT Kharagpur did not respond to repeated queries.

The other IITs ruled out the possibility of any bias in the selection process, and said the admissions were conducted in a fair manner. Confirming that the reservation policies were followed in all seats funded by the Education Minstry and different cut-off marks were followed for reserved category students, they said efforts were being made to fill seats as per reservation.

IIT Guwahati did not directly answer a question on reasons for the acceptance rate being uniform. The institute, however, said it was working towards admission policies to ensure all seats under reserved categories were filled. 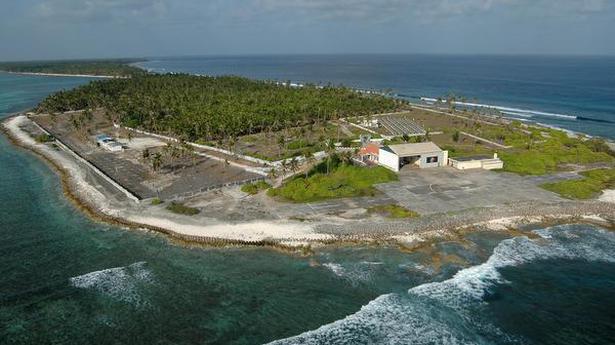 HC moved against lathicharge on protesters in Malappuram