A public interest litigation petition has been filed in the Madras High Court seeking a direction to Home Secretary and Director General of Police (DGP) to constitute special cells in every district to prevent honour killings and protect couples who perform inter-faith or inter-caste marriages.

The case has been listed for admission before the first Division Bench of Chief Justice Sanjib Banerjee and Justice Senthilkumar Ramamoorthy on Wednesday.

The petitioner, Vidya Reddy, managing trustee of Tulir Charitable Trust, has sought for a direction to implement in letter and spirit, the orders passed by Justice V. Ramasubramanian, now a Supreme Court judge, during his stint as a judge of the Madras High Court on April 13, 2016. Had the orders been implemented effectively, the State would have become free of honour killings, she said.

Referring to a June 2020 news report regarding suspected honour killing of a 20-year-old woman from Pudukottai district, the petitioner said the girl had died under mysterious circumstances after the police intercepted her at Kulithalai checkpost, when she was eloping with a youngster to Coimbatore, and forced her to go with her parents.

The police had reportedly told the newspaper that they had only two options — either to lodge the woman in a government home or to send her with her parents — the petitioner pointed out. She wondered why should there be moral policing when the woman had attained majority and was free to decide the person with whom she wanted to reside.

Further, stating that the woman was found dead in her parental home under mysterious circumstances, the litigant said her body too had been cremated hurriedly without informing the police. Though the family had claimed it to be a case of suicide, the circumstances create a strong suspicion of honour killing and foul play, she added.

Taking serious note of such incidents being reported in the State, Justice Ramasubramanian had ordered constitution of district-level special cells comprising the Superintendent of Police, District Social Welfare Officer and District Adi Dravidar Welfare Officer to receive complaints of harassment or threat to couples of inter-caste marriage.

He also ordered that these cells should create a 24-hour helpline to receive complaints and provide necessary assistance to the couple. The judge also made it clear that the special cells should counsel the parents of the couple, provide temporary shelter to the couple and initiate action against officials who fail in their duty to protect the couple.

The State government was also ordered to make available sufficient funds at the disposal of the special cells in each district. The Supreme Court too had taken note of the horrid nature of honour killings in Sakti Vahini’s case in 2018. Yet, nothing constructive had been done by the State to combat the vice of honour killings, the litigant complained. 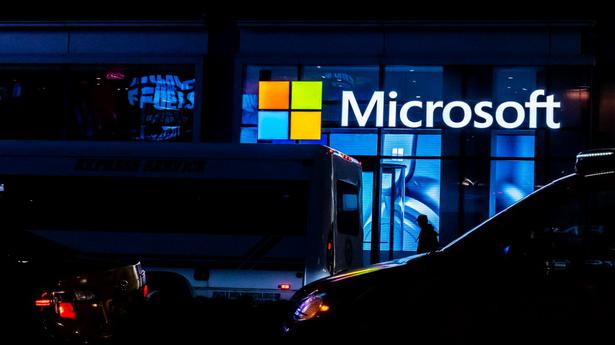 EU to rule on Microsoft’s $7.5 bln ZeniMax deal by March 5