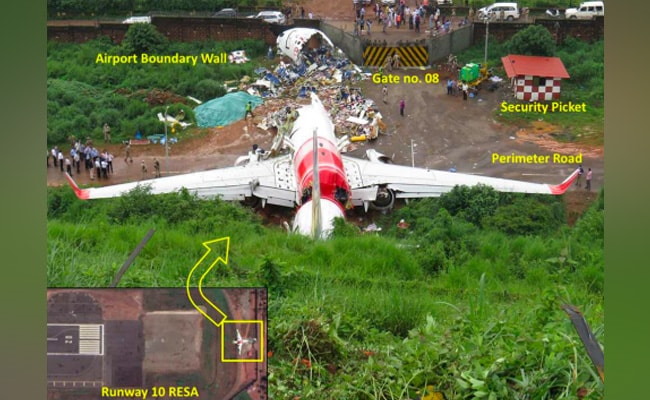 21 people, including 19 passengers and 2 pilots, were killed in the crash. File

The probable cause of the Air India plane crash at Kozhikode airport last year, which left 21 people dead, was non-adherence to standard operating procedure by the pilot flying the aircraft, a government report released today stated.

“‘The probable cause of the accident was the non adherence to standard operating procedures by the pilot flying, wherein, he continued an unstabilized approach and landed beyond the touchdown zone, half way down the runway, in spite of ‘Go Around’ call by [the] Pilot Monitoring which warranted a mandatory ‘Go Around’ and the failure of the Pilot Monitoring to take over controls and execute a ‘Go Around’,” said the 257-page report by Aircraft Accident Investigation Bureau.

The Aircraft Accident Investigation Bureau, which is a division of the Ministry of Civil Aviation which probes plane accidents, also said in its report that the role of systemic failures as a contributory factor to the crash cannot be overlooked.

A total of 184 passengers and six crew members were on board Flight 1344 that took off from Dubai and crashed upon landing in Kozhikode on August 7 last year. Among those killed in the accident were 19 passengers and the two pilots.

Nitish Kumar Demands Probe Into Pegasus Scandal, First BJP Ally To Do So

Sebi modifies NAV rules for mutual fund schemes: All you need to know – Times of India