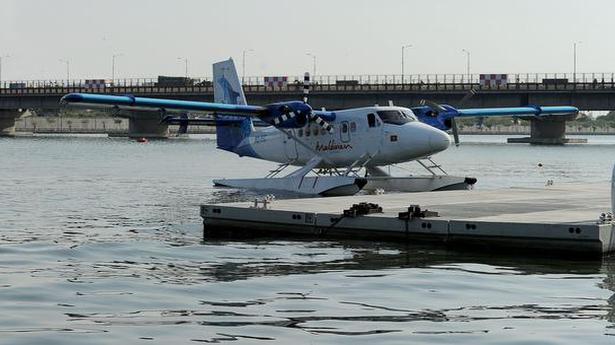 
Prime Minister Narendra Modi is likely to inaugurate the country’s first sea-plane service between the Sabarmati Riverfront in Ahmedabad’s Statue of Unity and the Narmada dam in Kevadia on October 31.

Mr. Modi will be arriving in his home state on Friday to attend the National Unity Day (Sardar Patel’s birth anniversary) events planned at the Statue of Unity.

The 19-seater seaplane will fly four times a day. The fare has been kept at ₹4,800 per passenger. It will land in Lake No. 3 of the Sardar Sarovar Dam.

Though the PMO is yet to announce officially the PM’s programme, sources in Gujarat said he will be arriving for a day to kickstart the service. Billionaire Elon Musk, grabbed headlines when he talked about the ‘inaccuracy’ of COVID testing after receiving 2 positives and 2