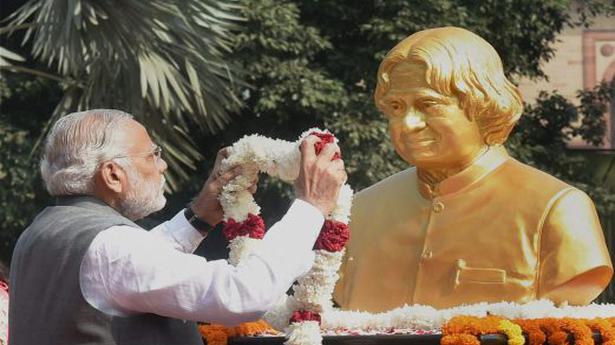 Prime Minister Narendra Modi on Thursday paid tributes to A.P.J. Abdul Kalam, saying India can never forget his indelible contribution towards national development, be it as a scientist or the country’s president.

Kalam served as the 11th President of India between 2002-07 and earned the respect and admiration of people and political parties across the spectrum for his simple living and non-partisan conduct.

He is also credited with opening the doors of the Rashtrapati Bhavan to the masses and came to be affectionately called the ‘People’s President’.

He continued with his quest to guide and inspire the new generation with his speaking tours across the country after his term was over.

On his 89th birth anniversary, Modi tweeted, “Tributes to Dr. Kalam on his Jayanti. India can never forget his indelible contribution towards national development, be it as a scientist and as the President of India. His life journey gives strength to millions.”

The Prime Minister also tagged a short clip of his laudatory references to Kalam in past.

Kalam, who died in 2015, also earned the sobriquet ‘Missile Man of India’ for his role in the development of India’s missile programmes.

Kalam an inspiration to every Indian: Venkaiah Naidu

“He made invaluable contribution in strengthening India’s defence & space capabilities. He will always remain an inspiration to every Indian,” the Vice President Secretariat tweeted quoting Naidu. 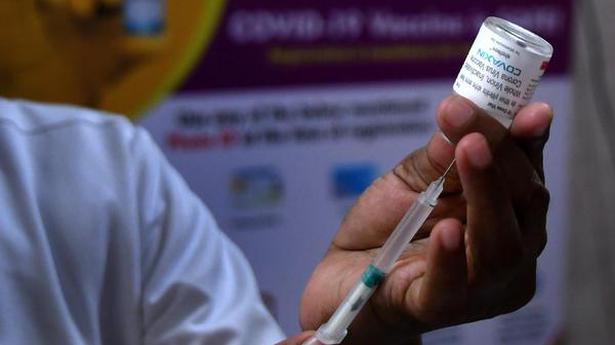 Covid-19 | Ahead of third phase of vaccination, Centre asks States to set up more private centres 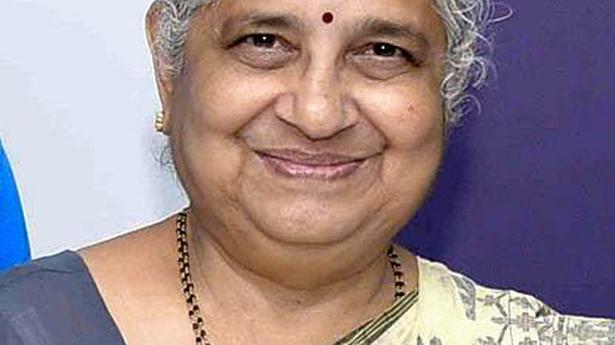 Sudha Murty to be conferred doctorate