A six-member delegation of the PMK, led by its president G.K. Mani, was on Wednesday involved in day-long discussions with an AIADMK team, headed by Electricity Minister P. Thangamani.

Talks were held on providing internal reservation for Vanniyars within the MBC quota. Former Union Minister A.K. Moorthy and spokesperson K. Balu were among the PMK representatives at the meet, held at the Minister’s residence. Sources said the PMK representatives held two meetings with the AIADMK leadership — in the morning and evening.

“We have told them whatever we wanted to say. Now the ball is in their [AIADMK’s] court,” said a PMK leader. It is believed that a number, with regard to the percentage of internal reservation within the MBC quota, had been discussed.

Among those who represented the AIADMK were deputy coordinators K.P. Munusamy and R. Vaithilingam. A party leader said the discussions, held “smoothly,” constituted an “ongoing process.”

“Nothing concrete has emerged so far,” he said, refusing to comment whether the talks also covered seat-sharing details.

The discussions are a culmination of the PMK’s renewed protests demanding 20% exclusive reservations for Vanniyars. The Ministers and the PMK held several rounds of talks over the demands, as explained recently by PMK founder S. Ramadoss.

Despite modifying his demand to “internal reservation within MBC quota” from the original demand for 20% separate reservations for Vanniyars, Dr. Ramadoss recently said the Chief Minister had not responded and that the PMK would take a “political decision” regarding continuing in the AIADMK alliance for the upcoming election.

Subsequently, a few Ministers met Dr. Ramadoss on January 30 and said the issue could be discussed on February 3. The PMK’s special governing council, on January 31, decided that it would take part in discussions with the AIADMK.

The PMK representative said they expected a response from the State on Thursday. 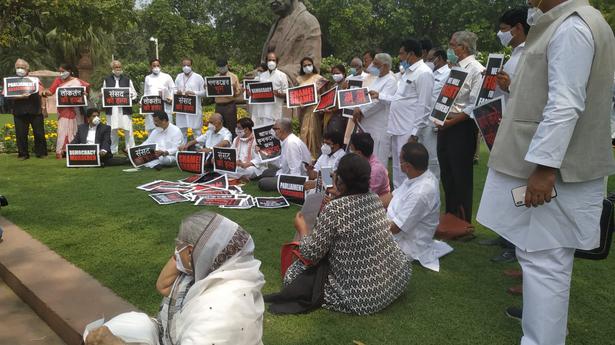