Kalaburagi Police have arrested a five-member gang that was preparing to commit dacoity by waylaying travellers near the railway bridge on the Kalaburagi-Aland National Highway on the outskirts of the Kalaburagi city late on Tuesday. Based on a tip-off, a police team led by Police Inspector of the Grameena Police Station Basu Chavan arrested the five persons, Krishna Jamadar, Anil Sunagar, Anil Bajantri, Revansidd Shalagi and Ravi Pujari, all residents of Dubai Colony in the city.

The police stated that the accused had planned to waylay unsuspecting passers-by on the national highway and rob them of their valuables.

The police have recovered a lethal weapon, knives, chilli powder and motorcycles from them. A case has been registered. 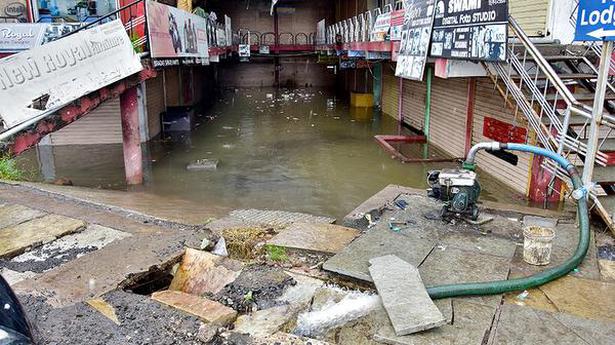 Heavy rains throw life out of gear in NK districts

Come out with health scheme for seniors in view of COVID-19: HC