Superintendent of Police M. Ravindranath Babu said that striking forces, route mobile and special striking forces have been deployed in sensitive and hyper-sensitive polling stations in the district on Friday.

Polling will be conducted for 150 gram panchayats in 14 mandals under Nuzvid revenue division in the district during the fourth and final phase of elections on February 21.

The SP directed Nuzvid Deputy Superintendent of Police (DSP) B. Srinivasulu to arrange barricades where there were no compound walls at the polling centres. The officers were instructed to monitor the situation closely at all sensitive and hyper-sensitive locations.

Sleuths of Special Enforcement Bureau (SEB) and the Nuzvid division police conducted cordon and search operation in the tribal habitations in Vissannapeta mandal in the district on Friday. 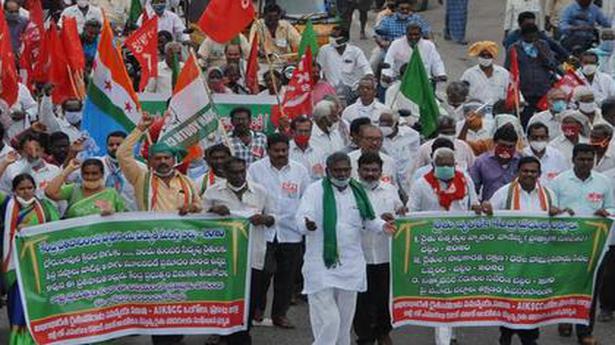