The 45-year-old woman died in custody allegedly for torture during a robbery investigation.

Three police officers of the Addagudur police station, involved in the custodial death of Dalit woman A. Mariyamma last month, have been dismissed from service on Tuesday following an inquiry, Rachakonda police commissioner Mahesh M. Bhagwat said in a brief statement on Wednesday.

“Sub-Inspector V. Maheshwar, Constables M. A. Rasheed Patel and P. Janaiah, who were placed under suspension, are dismissed from the service as per Article 311(2)(b) of the Constitution and 25(2) of the TS Civil Services (Conduct) Rules,” it read.

Mr. Bhagwat had placed the officers under suspension on June 22, four days after the 45-year-old woman died in custody allegedly for torture during a robbery investigation. Her son Uday Kumar and his friend Shankar, who were also picked for the probe suffered injuries in custody and later admitted to hospital.

Ms. Mariyamma, hailing from Chintakani mandal of Khammam, had been a maid at a Father’s residence and church at Govindapuram in Addagudur. She was suspected of theft of money at workplace and based on Fr. M. Bala Showry’s petition a probe was opened.

According to Mariyamma’s daughter Swapna and son Uday Kumar, she was picked by men in plainclothes and beaten up at Chintakani police station. After keeping her overnight at Addagudur police station, where she was not offered any food, and tortured, she collapsed at around 10 a.m. on June 18. Following vital signs observed by a local RMP at the station, Mariyamma was taken to Bhongir Area Hospital, where she was declared dead at around 11.30 a.m.

The incident came to light 12 hours later with the intervention of Congress party’s Scheduled Caste Cell which protested the police’s alleged torture leading to death, highhandedness at the hospital and rushing the mortal remains to Khammam for final rites.

But soon, with the Pradesh Congress Committee (PCC) amplifying the incident, the Telangana High Court hearing a PIL instructed the Magistrate of Aler for a probe, and Chief Minister K. Chandrasekhar Rao too, directed officials for inquiry and announced a job, ₹35 lakh ex gratia and house as compensation to the victim’s family.

Bhongir DCP K. Narayana Reddy, speaking to The Hindu, said Commissioner Bhagwat’s orders for the dismissals were based on preliminary findings by inquiry officer Malkajgiri ACP Shyam Sunder Rao, however, a full investigation and report was yet to be completed.

Apart from the Rachakonda police’s inquiry, judicial probes ordered by the High Court and the District Collector too are under way.

State’s Oxygen capacity to go up 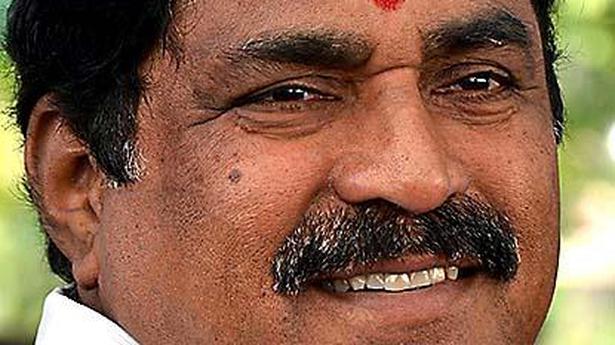