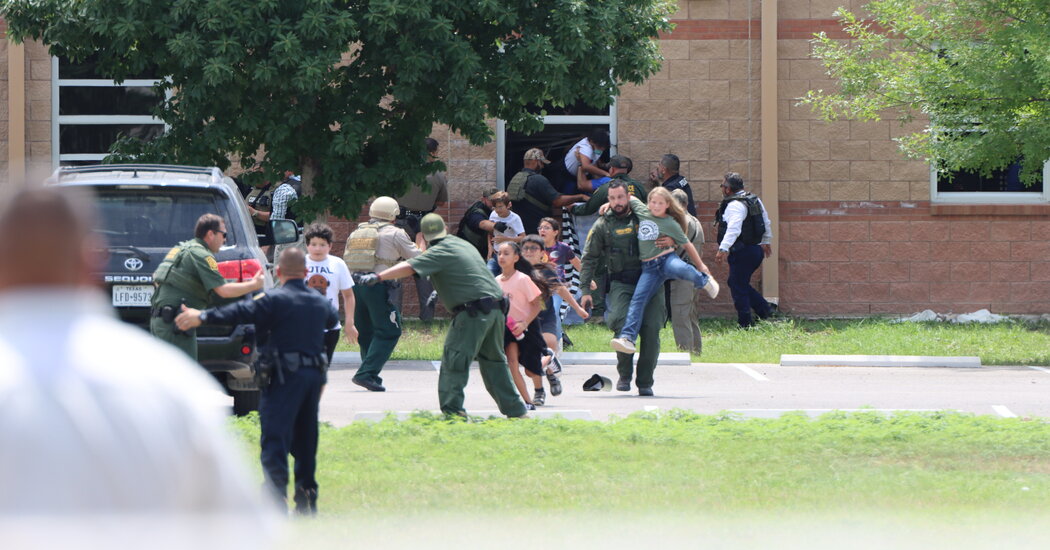 
UVALDE, Texas — The grief of families in Uvalde, Texas, was compounded by anger and frustration on Thursday as police leaders struggled to answer questions about the horrific hour it took to halt a gunman who opened fire on students and teachers inside Robb Elementary School.

As parents began making funeral arrangements — on a day that was meant to mark the last of the school year — criticism deepened in the majority-Hispanic ranching community of 15,200 over the protracted police response, and the failure of officials to adequately explain their actions.

No school police officer confronted the gunman before he went into the school, a state police spokesman said on Thursday, contradicting earlier reports of an encounter outside, and suggesting a shortfall in the response.

“He walked in unobstructed initially,” Victor Escalon, a regional director for the state’s Department of Public Safety, said at a news conference. “He was not confronted by anybody.”

Parents had massed outside the school on Tuesday as gunfire erupted inside, urging the police who were holding them at bay to go in and stop the carnage. On Thursday, focus shifted for some lawmakers in Texas and in Washington from debates over the weapon the 18-year-old gunman had used, an AR-15-style rifle, to questions about the hourlong delay in bringing the rampage to an end. Most mass shootings are over within minutes, policing experts said.

“I’m calling on the F.B.I. to use their maximum authority to investigate and provide a full report,” said Representative Joaquin Castro, a Democrat from San Antonio.

Chief Daniel Rodriguez of the Uvalde Police Department and the head of the school district police, Chief Pete Arredondo, did not respond to requests for comment.

The first report of a gunman approaching the school came around 11:30 a.m. on Tuesday. Moments before, the gunman, identified as Salvador Ramos, 18, had crashed a pickup truck in a ditch by the school after having shot his 66-year-old grandmother in the face in her home, just a few streets from the school.

Albert Vargas, 62, an electrician, was at work in a house near Robb Elementary School and said he saw the crash.

“I ran down there thinking someone got hurt,” he said. Then he saw that the driver was carrying a rifle. “His look matched the black clothes he was wearing,” Mr. Vargas said. He fired briefly at a nearby funeral home, he said. “And then he turns to me and popped two more rounds at close range, but misses, as well,” Mr. Vargas recalled.

“His face was blank. There was no expression there,” he said. “He looked like nothing mattered but the mission he was on. He fired the shots, ran, jumped a fence and headed towards the school.”

An armed Uvalde school district officer, who had been nearby, responded to reports that a driver involved in a crash had exited his vehicle with a gun. The officer could not see anyone when he arrived, according to a state police official, but then heard gunshots as the gunman began firing at the windows and entered the building. The officer did not open fire.

Investigators were still trying to piece together the gunman’s movements during the time he was outside, before he entered the building. He went through an unlocked door at 11:40 a.m., Mr. Escalon said, and began shooting inside. Police officers, including the school district officer, went into the school minutes later.

By the time officers reported that the gunman had been killed around 1 p.m., he had shot dead 19 students and two teachers, all of them apparently locked with the gunman in connected classrooms.

During that terrifying time — well over an hour — parents of students who were trapped in the school gathered outside the building as word spread of the shooting. Some were physically restrained by the police in a scene that witnesses described as disorder bordering on mayhem. The crowd grew to hundreds.

“Parents were crying and some were fighting verbally with the police and screaming that they wanted their children,” Marcela Cabralez, a pastor, said.

Some of the parents implored the heavily armed police officers at the chaotic scene to storm the school. Others, including those who were off-duty members of law enforcement, went inside themselves to try to find their own children.

“There were plenty of men out there armed to the teeth that could have gone in faster,” said Javier Cazares, 43, who arrived at the school on Tuesday as the attack was taking place. He said he could hear gunfire; his daughter, Jacklyn, was inside.

“They said they rushed in and all that,” he said. “We didn’t see that.”

Jacklyn died in the shooting, along with her cousin. Mr. Cazares said he believed that a faster police response would have made a difference. “More kids would have been saved, in my opinion,” he said.

Chief Rodriguez said in a statement on Thursday that officers from his department went into the school “within minutes” after the shooting began, and that more than one of them had been shot by the gunman. The state police official, who requested anonymity to describe the evolving timeline of events, said two Uvalde officers were shot as they initially tried to enter the classroom at about 11:45 a.m.

But it remained unclear how many of the children or teachers who died could have been saved if the gunman had been killed sooner.

And questions remained about the decision by the police at the scene to await the arrival of specially trained officers from the Border Patrol to finally storm through the classroom door roughly an hour after officers had first pulled back. Police officials have said that with the gunman isolated in a classroom, the officers on scene focused on evacuating students and staff members from other classrooms in order to prevent additional fatalities.

The gunman was reported over the police radio to have been fatally shot by members of the tactical team at about 1 p.m.

While the Uvalde Police Department has in the past boasted of its SWAT team, those officers did not appear to be involved in trying to stop the gunman.

The investigation into Tuesday’s shooting and the police response was being led by the Texas Rangers, a division of the Department of Public Safety. The F.B.I. was helping to collect and analyze surveillance video to better understand what took place, according to a law enforcement official.

Law enforcement training for active shooters has evolved considerably since the Columbine High School massacre in 1999, when the emphasis was on securing a perimeter and waiting for a tactical team before moving in.

Officers are now trained to disable an active shooter as quickly as possible, before rescuing victims and without waiting for a tactical team or special equipment to arrive. That is true even if only two officers are available — or one who is willing to go in alone — said Brian Higgins, a former SWAT team commander and police chief who now teaches at the John Jay College of Criminal Justice and runs a safety consulting firm.

Mr. Higgins emphasized that much of what occurred in the Uvalde shooting remained unclear. “If by the police going in, more people would have been injured, they’re in this Catch-22,” Mr. Higgins said. “You don’t want anybody else shot.”

As parents looked on, police officers could be seen helping evacuate children who were still inside.

“When they started breaking windows to get kids out, I knew he was still in there alive, in there and shooting,” said Victor Luna, 40, who has a 9-year-old son at the school. “It’s common sense: If they had shot him down, the kids could have come out through the door.”

He feels police officers should have been willing to sacrifice their own lives to save children. “That’s what they signed up for,” he said.

Law enforcement officers described a chaotic scene and a large number of children who had to be evacuated.

Jacob Albarado, an off-duty Border Patrol officer, was about to sit down for a haircut when he got a text message from his wife Trisha, a fourth-grade teacher at Robb Elementary.

Mr. Albarado flew out of the barbershop and sped to the school. His wife and the children she taught were hiding under desks and behind curtains. Their daughter, a second grader at Robb, was locked in a bathroom, she had told him. He borrowed a shotgun from the barber, who had come with him.

Once he got to the school, he learned that a tactical team was already forming to enter the wing where the gunman was holed up.

So Mr. Albarado quickly made a plan with other officers at the scene: evacuate as many children as possible. “I’m looking for my daughter, but I also know what wing she’s in,” he said, “so I start clearing all the classes in her wing.”

Two officers provided cover, guns drawn, he said, and two others guided the children out on the sidewalk. “They were just all hysterical, of course,” he said. When he finally saw his 8-year-old daughter, Jayda, he said, he hugged her, but then kept moving the other children along.

Still barricaded inside a room elsewhere in the school, the gunman fired sporadically at the walls and door, officials said, until the tactical team went into the room and killed him. 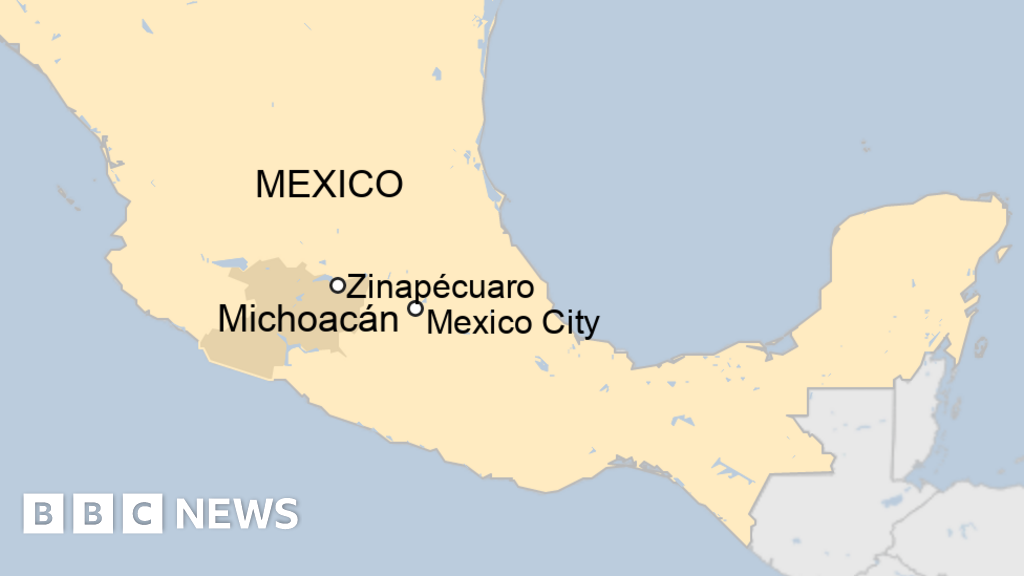 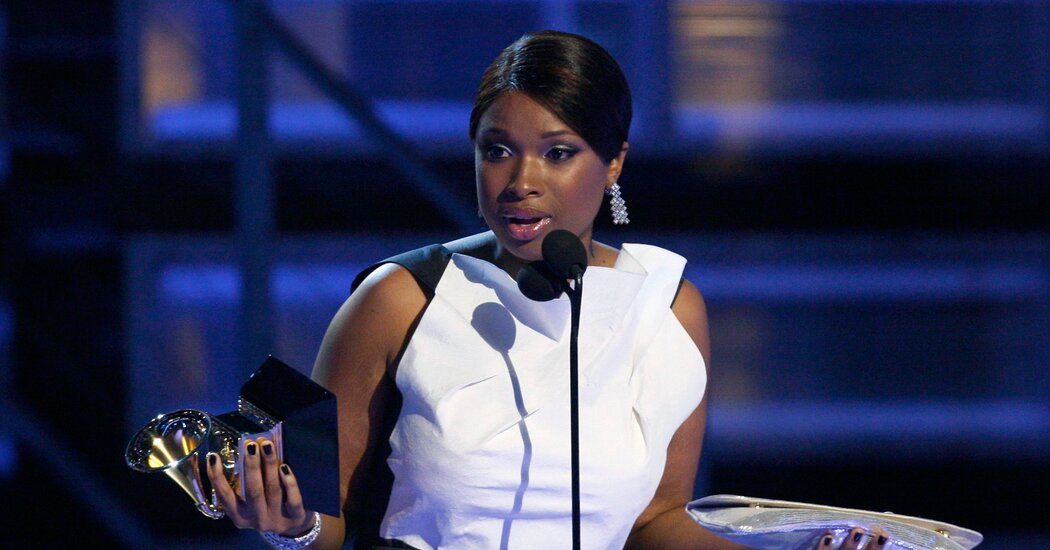 Jennifer Hudson becomes an EGOT as a co-producer of the winning musical, ‘A Strange Loop.’ 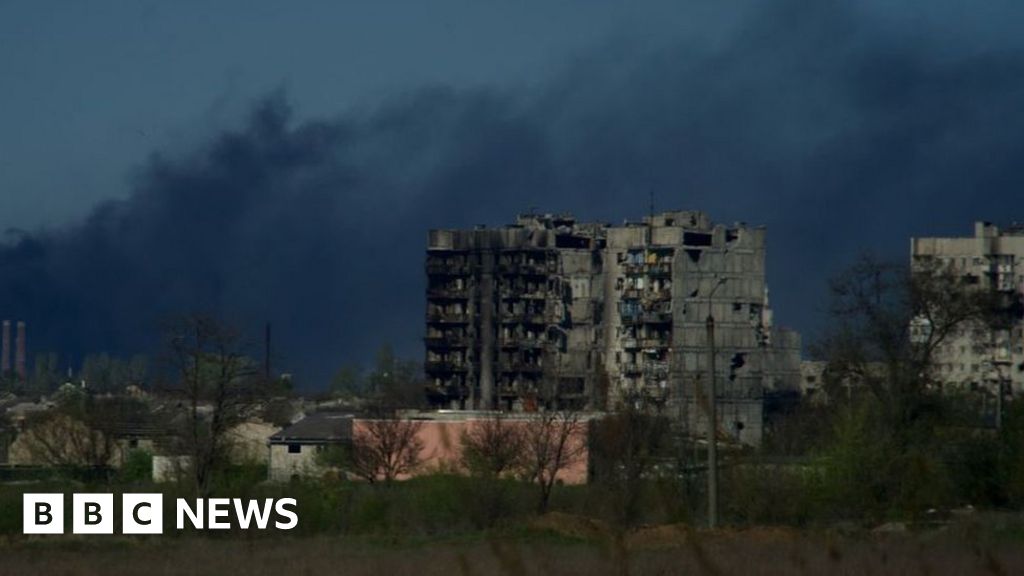