The devastating second wave of COVID-19 pandemic may be behind us, but many painful memories are fresh in our minds. Although the infection rate has been arrested to an extent and people are getting back to a slightly lesser restricted life, mass gatherings at various places have emerged as a cause for concern.

Currently, political heavyweights in the State are organising or have announced plans to hold large scale programmes.

Senior Health officials have pointed out that politicians are not maintaining COVID-appropriate behaviour which could lead to further spread of coronavirus. They have also expressed apprehensions that huge gatherings without any regard for safety norms could set off another wave of infections.

This is not the first time that political activity has increased amid the ongoing pandemic. The activity was heightened when elections were held to seven Urban Local Bodies (ULB) in the State on April 30 this year. Politicians from all parties, including the ruling Telangana Rashtra Samithi, held election campaigning. This was the time when the second wave of the pandemic was at its peak in the State.

Now, when the wave is on the decline, there is a definite uptick in political programmes, especially in Huzurabad. Former Health Minister Eatala Rajender launched a 25-day, 270-km padayatra a few days ago. BJP State president Bandi Sanjay has announced that he would hold a ‘Maha Padayatra’ from August 9. Telangana Congress chief A. Revanth Reddy had earlier announced that he would hold a padayatra from Alampur to Adilabad whenever the Congress High command clears the proposal.

On Tuesday, Director of Public Health G. Srinivasa Rao pointed out that the padayatras, rallies, and other activities have picked up in the State even as he pointed out that politicians are not wearing masks when they are around karyakarthas and the general people. He added that coronavirus can spread through droplets when one talks without a mask. 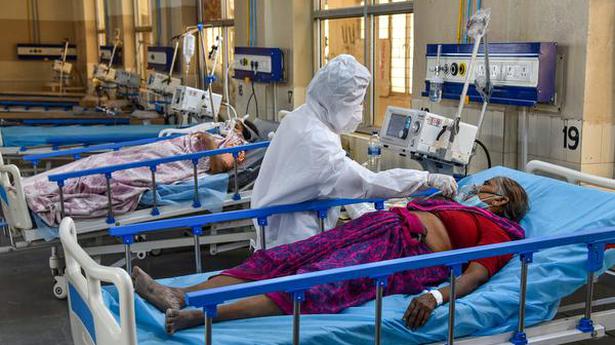 How long does it take to find a ventilator bed in Hyderabad?