Even before the Election Commission announced the model code for the by-election to the Tirupati (SC) Lok Sabha constituency, the political heat is quite palpable in all the camps.

While the regional parties — the YSRCP and the TDP — have tentatively announced their candidates, the national parties are adopting a wait-and-watch policy.

The election was necessitated following the demise of the YSRC MP, Balli Durgaprasad.

But instead of pitting his kin to ride on the ‘sympathy wave’, the party has almost finalised the name of Guru Murthy, a native of Yerpedu mandal in Srikalahasti Assembly segment and a physiotherapist by profession.

The TDP has named former Union Minister Panabaka Lakshmi, who had contested in vain in the 2019 general elections.

The party, apart from forming a parliamentary-level committee, is busy identifying 89 observers for the 50 divisions in the Tirupati corporation and 39 mandals spread across the LS constituency.

“We are opening an office shortly and will also name observers in charge of the seven Assembly segments soon,” the TDP’s Tirupati parliamentary constituency in-charge G. Narasimha Yadav told The Hindu.

Though Ms. Lakshmi has not reached Tirupati yet, she is learnt to be renting a house to stay locally.

Keen on making an impact, the BJP hopes to replicate the 1998 example when its candidate N. Venkataswamy, a retired IAS officer, won the seat, albeit in alliance with the TDP.

This time too, the name of a retired bureaucrat with RSS background is doing the rounds in the party circles as the likely candidate.

The Congress keeps its cards close to the chest, but the previous incumbent and CWC member Chinta Mohan appears to be the natural choice.

However, all the parties are wary of the COVID-19 situation, and the candidates are fearing to travel to the countryside.

The other major factor that is being widely discussed among the probables is the huge money required in less than two years of spending a fortune in the 2019 elections. 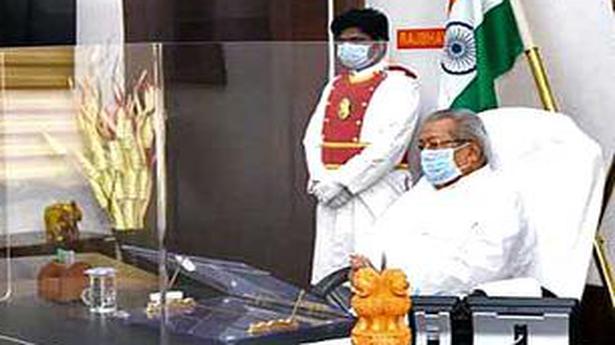