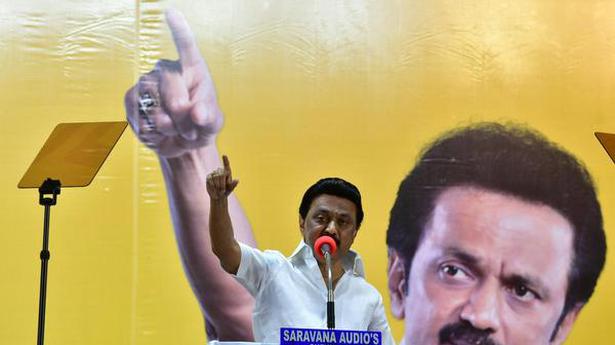 Political activities of Chief Minister and his deputy are wrong; their government is driven by selfishness, says DMK leader

DMK president M.K. Stalin on Sunday said the upcoming Assembly election would not only put an end to the AIADMK regime but also to the political career of Chief Minister Edappadi K. Palaniswami.

“I am criticising the Chief Minister and the Deputy Chief Minister not out of personal vendetta. Their political activities are wrong and their government is driven by selfishness,” he said while taking part in ‘Ungal Thoguthiyil Stalin’ (Stalin in your constituency) at Nazarathpet in the Avadi constituency, Tiruvallur district.

Reacting to Mr. Palaniswami’s criticism that he held the ‘vel’ (a trident) only to deceive the people, Mr. Stalin said it was presented to him by the people, the temple priests and the district secretary in Tiruattani. “I just held it. Are we saying that one should not have faith in god? In his dialogues for the film Parasakathi, our leader Kalaignar [Karunanidhi] wrote not against temples, but against temples becoming asylums of scoundrels,” he said.

“What is Mr. Palaniswami’s problem? Why is he afraid of the ‘vel’? Does he fear that I will annihilate him? People will do that politically,” Mr. Stalin said.

Talking about a photograph in which he is seen with late Chief Minister M.G. Ramachandran, Mr. Stalin said it was shot during the staging of a play, Murase Muzhangu, to celebrate the DMK’s victory in the 1971 Assembly election.

“MGR advised me to concentrate on my studies, saying that I should show equal interest in politics and studies. Has Mr. Palaniswami, who is talking about MGR, even seen him?” Mr. Stalin asked.

He said Tamil Official Language Minister K. Pandiarajan should change the name of his Ministry to “Hindi Development” because he was promoting Hindi. “He has his roots in the RSS. He was with the BJP before joining the DMDK. Now he is with the AIADMK. He will certainly go back to the BJP after the defeat of the AIADMK in the Assembly polls,” he said.

Mr. Stalin demanded an apology from the IT wing of the AIADMK that had accused him of “enacting a political drama” over the financial assistance given by the government to Arani-based Ezhilarasi.

During an interaction with Mr. Stalin in Tiruvannamalai district, Ms. Ezhilarasi had complained that though the government had announced a solatium of ₹2 lakh after her mother was killed in a gas cylinder blast, the amount had still not reached her. He had promised to help her. “It happened on January 29 and was watched by the ruling partymen. The amount was credited to her bank account immediately. The IT wing then accused me of staging a drama, saying the amount was given to her two months ago,” Mr. Stalin said. “I have proof that the amount was credited to her account only on January 29. If the IT wing has the courage, let it file a case against me,” he said.

Mr. Stalin said he was ready to tender an apology if he had lied about the incident. “Otherwise, I will move the court against the IT wing,” he added. 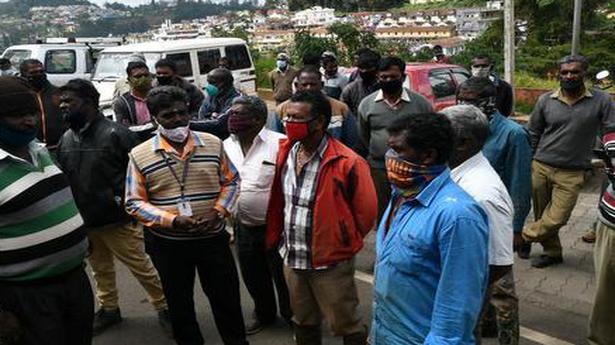 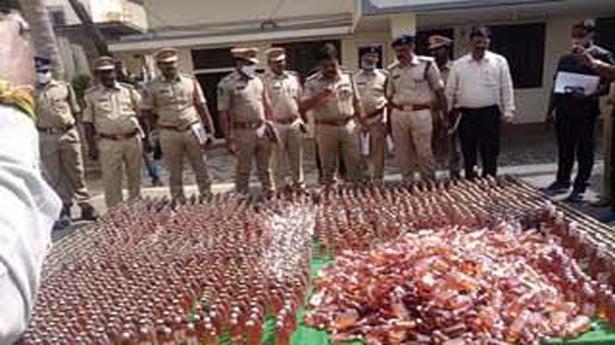