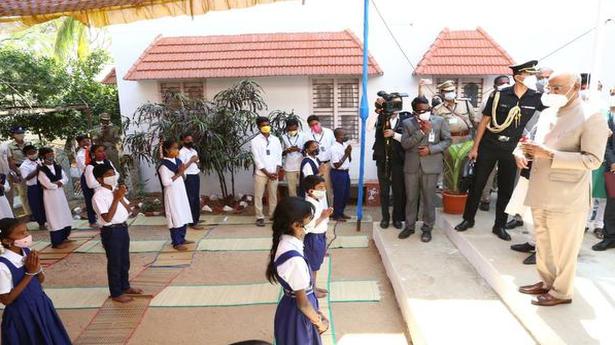 
President Ram Nath Kovind on Sunday said that students would go places only when they mastered several languages. He further stressed the need for youngsters to practise yoga in order to improve their mental and physical abilities.

Mr. Ram Nath Kovind was interacting with the students of the Satsang Foundation after laying the stone for Satsang Ashram, near Chippili, on the outskirts of Madanapalle town in Chittoor district.

“It is a delight to note that Madanapalle has become a vibrant centre of learning, receiving students from many States in the country. Polyglot students will definitely reach the highest peaks of success in life and career,” the President said.

Mr. Ram Nath Kovind, who also inaugurated Bharatiya Yoga Kendra on the campus of the Satsang Foundation, said, “By practising and mastering the yoga kriyas, the students can reach sublime levels of thinking and physical fitness.”

Later, the President participated in the special puja performed at the Siva temple on the campus and planted saplings. The President also laid stone for a 38-bed Swasthya Hospital of the Satsang Foundation.

Earlier, the President arrived at the helipad at Chippili by an IAF helicopter from Bengaluru, where he was received by Chief Minister Y.S. Jagan Mohan Reddy, Ministers K. Narayanaswamy and Peddireddi Ramachandra Reddy, District Collector Hari Narayanan, and Superintendent of Police Senthil Kumar.

From Chippili, Mr. Ram Nath Kovind arrived at the helipad arranged at the Peepal Grove School of the Satsang Foundation, near Gongivaripalle of Sadum mandal in Madanapalle division.

The President interacted with the students there and planted saplings at Sadum before leaving for Bengaluru. 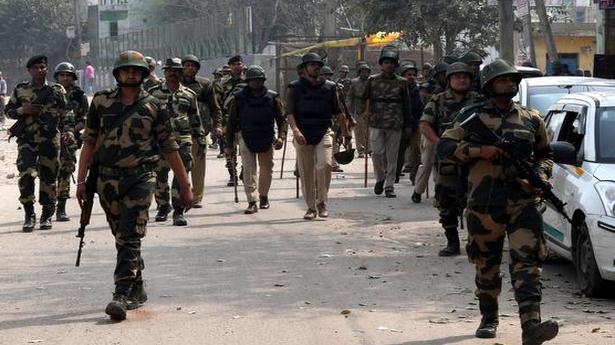