The Animal Husbandry Polytechnic at Koravangala near Hassan, a unit of the Karnataka Veterinary, Animal and Fisheries Sciences University at Bidar, has taken up the task to conserve the ‘Hassan sheep’, a breed native to the region which has been on the decline in recent years.

Its campus off the Hassan-Arsikere Road now hosts a herd of around 80 sheep.

The project is being sponsored by the State government.

Among other things, the project aims to develop a farm of about 250 such sheep to establish a sperm bank and to encourage farmers to rear the breed through artificial insemination. The staff of the college had gone around Hassan, Channarayapatna, Arsikere taluks, and purchased some animals.

R. Guruprasad, Principal of the college and principal investigator of the project, told The Hindu, “This breed has been recognised by the National Bureau of Animal Genetic Resources. Because it is found only in three-four taluks of Hassan district, the breed must have some features specific to this climatic condition”.

A.S. Jayanna, an expert adviser of the project, said, “The sheep will be taken from one area to another in a day so that they get all essential nutrients. We have developed a protein park for them”.

The college offers a two-year course in Animal Husbandry for Class 10 students. At present, 89 students are studying in the college. This project has also helped students gain knowledge about sheep rearing, added Mr. Jayanna.

Woman files complaint against inspector; he too files one 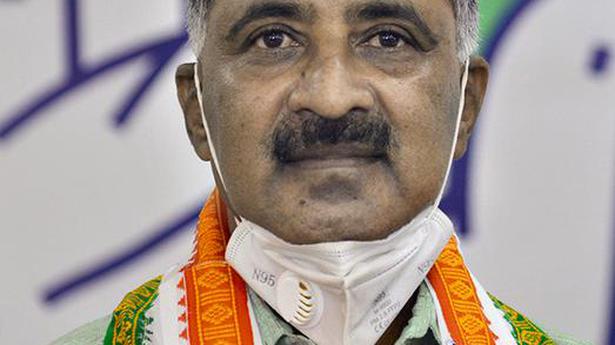