The resignation of Congress lawmakers and the eventual collapse of the Puducherry government has triggered a debate among a section of the Congress leaders on the process of choosing party candidates.

With Puducherry following the Madhya Pradesh (March, 2020) and Karnataka (July, 2019) model, in which elected lawmakers resigned from the Assembly to bring down the government and later joined the BJP, the Congress may have to rethink its candidate selection process for the upcoming Assembly elections in States like Assam, Tamil Nadu, Kerala and West Bengal.

Senior leader from Karnataka, B.K. Hariprasad on Tuesday suggested that party cadres at the block and district levels should be groomed to contest elections.

“Yes, certainly there should be a rethink on whom we give the party’s tickets to. The criteria of money power needs to be done away with and the party cadre should be identified at the block level and district level,” the Congress leader, who is now a member of the Legislative Council in Karnataka, told The Hindu.

A former member of Rajya Sabha who had unsuccessfully contested as the Opposition candidate for the post of Deputy Chairperson in August 2018, Mr. Hariprasad argued that only those with a proven track record of social service, working among the people and committed to Congress ideology should be considered for elections.

Post the Bihar debacle, the group of 23 dissenters (G-23) not only raised the issue of ticket distribution publicly, senior leader Ghulam Nabi Azad during the January 23 meeting of the CWC demanded that there should be elected members in the Central Election Committee (CEC), the body that decides who gets to contest an election on a Congress ticket.

Though Mr. Hariprasad, who earlier handled States like Chhattisgarh, Odisha, and Bihar as an AICC general secretary, did not agree with the idea of elected CEC, he too talked of empowering the District Congress Committees (DCCs).

“I have spent over two decades at the All India Congress Committee (AICC) and I can tell you that normally for Assembly polls, the Pradesh Congress Committee (PCC) and the Congress Legislature Party (CLP) have a big say. I think we should give more power to district leaders in deciding who will be the best person to contest elections on a Congress ticket,” he said.

After the collapse of the Congress-Janata Dal-Secular (JD-S) government in Karnataka in July 2019, there were rumours that many of the Congress rebels were “businessmen who always wanted to have good relations with the ruling BJP at the Centre”.

The issue of ticket allotment had resurfaced during the recent Bihar Assembly polls when the State leadership was accused of giving away tickets to “outsiders”, who had joined Congress after being denied tickets by their original parties, for “extraneous factors”.

“One reason why Congress sees desertion is because of party’s preference for opportunists over loyalists. It is also true that when we form governments in States, our leaders are cut off from workers and MLAs alike,” AICC member from Bihar, Kishore Jha said. 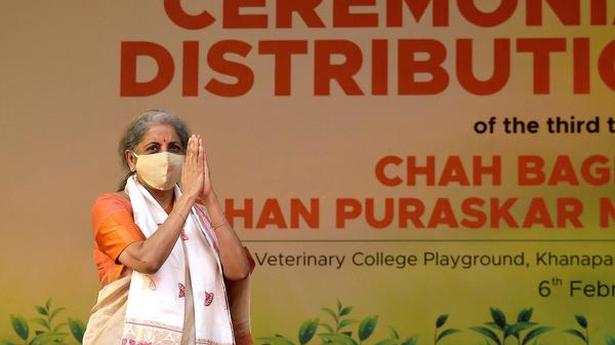 Will stay in Deputy CM post till MSP is given, says Dushyant Chautala