Appointment of judges to the Kerala High Court is getting delayed even as the number of pending cases is mounting.

Seven HC judges would retire this year, which could further impact the pendency of cases. Around two lakh cases are currently pending in the High Court.

While one judge will retire on February 13, four will hang up their boots in May, one in September and two others in December. This will bring down the number of High Court judges to 29. Currently, there are 37 judges against the sanctioned strength of 47.

Though the collegium of the Supreme Court had recommended four, including two Principal Sessions Judges in August last year, the proposal has not yet been cleared by the Central government, judicial sources indicated.

It was on August 14 last year that the names of Principal Sessions Judges Kauser Edappagath of Ernakulam and K. Babu of Thiruvananthapuram were recommended along with that of lawyers Ziyad Rahman and Murali Purushothaman. A judge of the apex court had recently flagged the delay in the appointment of judges to various High Courts despite the Supreme Court collegium clearing the names, pointed out sources.

The delay in the appointments would also affect the seniority of the judges from the subordinate judiciary, for whom the elevation to higher judiciary comes at the fag end of their career, sources said.

Meanwhile, the collegium of the Kerala High Court is understood to have cleared the names of four lawyers, T.K. Aravindkumar Babu, Basanth Balaji, K.A. Sanjitha and Shobha Annamma Eapen, to be appointed as judges. The proposal will be forwarded to the Supreme Court collegium for consideration. After scrutiny, the apex court collegium will recommend the names to the Union government for appointment.

Recently, the government had to yield to the apex court collegium and appoint a judge of the Kerala High Court, which it had held back for almost one year. It was after the collegium resent its recommendation that the government cleared the appointment, sources indicated. 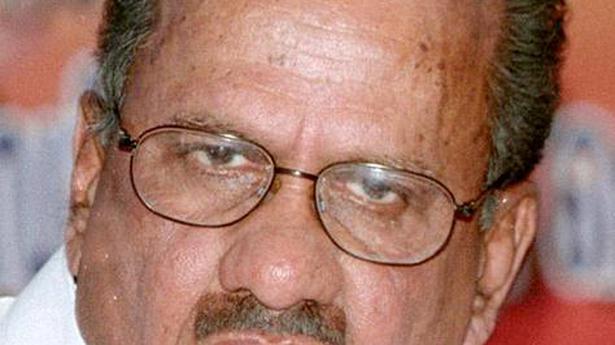 Sivasankar’s official pursuits could be under ED scanner