Energy Minister Nitin Raut on Tuesday said that electricity had been restored to 6.59 lakh of the 9.59 lakh consumers affected by torrential rain and floods in Konkan region of Maharashtra.

Talking to reporters in Mahad in Raigad district, Mr. Raut said that 474 of the 479 power stations in Ratnagiri, Sindhudurg, Pen, Kolhapur, Sangli and Satara, had taken a hit and 303 of them had become operational again. “Power has been restored in 1,460 of the 1,927 affected villages,” he said.

The Minister said for the first time in the 45 years of his political career, he heard of such a disastrous cloud burst in Maharashtra destroying villages which were never on the landslide-prone list.

“Mahad was under 25 feet water. From electric lines to transformers to towers, everything had collapsed into the Savitri river. Energy Department officials are working on a war footing. A lot of work still needs to be done and it will be completed soon,” Mr. Raut said.

The priority was to restore power at hospitals treating COVID-19 patients, he said. “Of the 40 such affected hospitals, 21 have got electricity back.”

Meanwhile, Governor B.S. Koshyari, who was on a visit to Mahad on Tuesday, said the State government along with the Centre would soon rehabilitate and compensate the survivors of the landslide. “Those who are gone, nothing can be done about them. What we need to do now is for the survivors,” Mr. Koshyari said.

Chennai Corporation to give public toilets a makeover 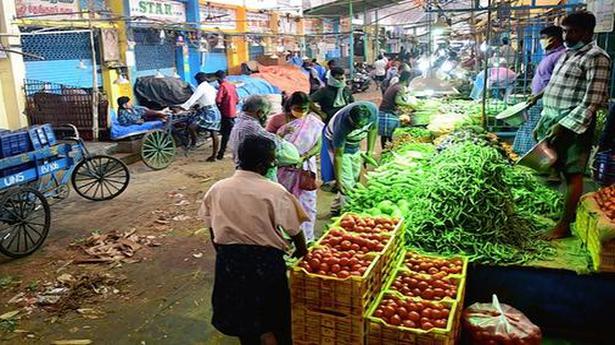 Half of semi-wholesale shops in Koyambedu allowed to work