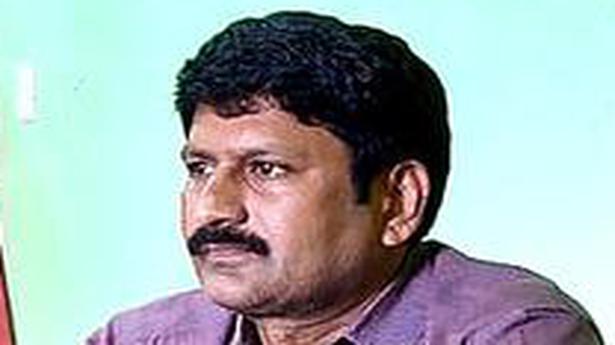 ‘Govt. has reneged on the promise of merging the contract staff’

The United Electricity Workers’ Union (UEWU) has rejected the agreement reached by the State government with power sector employees in Andhra Pradesh to study the payment pattern in Karnataka, Maharashtra, Tamil Nadu and Gujarat and then implement the payment structure and employment conditions for the contract staff.

UEWU general secretary M. Bala Kasi, while addressing the media here on Wednesday, condemned the YSRCP government ‘for going back on its promise of merging the contract staff into the respective organisations – AP-Genco, DISCOM, and AP-Transco soon after coming to power’.

“The announcement was made in the Assembly by Chief Minister Y.S. Jagan Mohan Reddy. Now, he refuses to honour the promise,” said Mr. Bala Kasi.

The working conditions are different in other States and agreement should be made based on the local conditions and the promises made by Mr. Jagan Mohan Reddy during his a Padayatra in the run-up to the 2019 elections, he said.

All the contract employees of the power utilities will form into a Joint Action Committee (JAC) after the nation-wide strike on November 26 to protest the proposed reforms in the power sector, which were ‘detrimental to the consumers and employees’, he said.

Giving a call to the employees to make the November 26 strike a success, Mr. Balakasi said the State government should study the Telangana model which merged all the contract employees and made them permanent, apart from ensuring pay parity at the basic level.

“It is a joke on the employees to tell them their services cannot be regularised as Finance Ministry approval was not there for such a measure,” Mr. Bala Kasi added.

He said Mr. Jagan Mohan Reddy was towing the line of the Centre in the proposed power sector reforms and prepared to fix power meters, which was an indication of removing the subsidy, he added.

‘Special drive launched to increase green cover to 33% in Andhra’