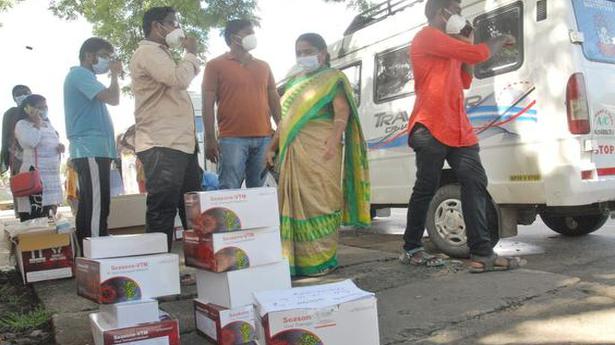 
Coronavirus claimed 18 more lives in south coastal Andhra Pradesh, including 13 in Nellore district in the last 24 hours while 2,378 persons tested positive in the two districts of Nellore and Prakasam.

Prakasam reported a high of 1,332 cases while the toll increased to 312 with 5 new deaths, a health bulletin released by the State Government said on Saturday night. The district was behind East Godavari that reported 1,399 cases on Saturday. As many as 41 patients died in the last one week in Prakasam.

Nellore district registered 1,046 cases on Saturday pushing up the tally to 38,145 while the toll has risen to 338. More than 1,000 cases every day since the last week has pitchforked the district to the top three spots in the list of daily tally in the State.

Health professionals in the district heaved a sigh of relief as an equal number of persons–1,248–got discharged on Saturday.

Rising number of cases has prompted the administration to observe Janata Curfew on Sunday. Urging the public to stick by the norms and remain indoors for 24 hours from 6 a.m., Nellore District Collector K.V.N. Chakradhar Babu noted that urban areas registered more cases than the rural ones. Accepting 122 oxygen cylinders donated by the Gemini edibles and Fats India P L, he wanted other firms to follow suit.

The district administration laid emphasis on testing of more persons with symptoms to ensure timely treatment to them.

Other places with high incidence of the disease in Prakasam district included Chirala(113), Kandukur(80),S.N.Padu (55), Maddipadu(54) and J.Pangalur(53). The Prakasam district administration has adopted COVID-19 Hospital Management system to ensure effective management of the disease, said Collector Pola Bhaskar after giving away a cheque for ₹50,000 to the wife of a journalist who died of COVID-19 recently.

The health authorities began distribution of medical kits comprising six types of medicines, face mask and sanitizer to over 11,750 patients undergoing treatment from home. The condition of 74 patients remained critical. Oxygen support was provided to 511 of the 1248 patients being treated in COVID-19 hospitals in Prakasam district. 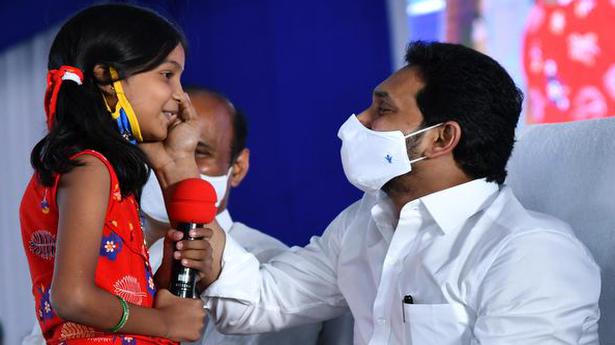