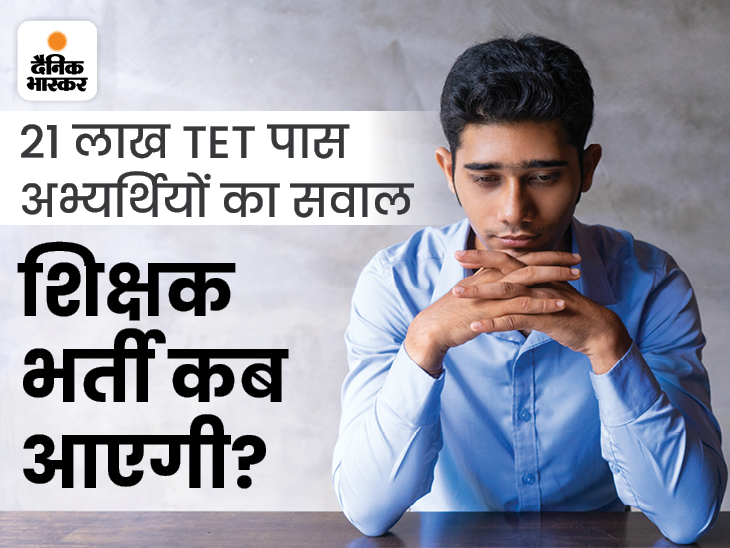 Arpita Tripathi, who lives in Salori in Prayagraj district, says, ‘I have been here for 2 years. I pay room rent of Rs 4000 per month. I have coached thrice at different times. I have passed TET twice. Papa is a farmer. Now while sending 8 thousand of the month, he does not look as careless as before. If the government does not take out teacher recruitment now, then I will be forced to go home.

Sandeep Singh did not discuss any recruitment announced by the old education minister Satish Dwivedi.

After such a statement of the Education Minister, the candidates started commenting. Deepak wrote, ‘It’s only been 3 years and when such victories are going on then why would you recruit’. Khushi wrote, ‘There was a hope that if educated youth are ministers, then we will understand the pain of youth’. Vijay Gautam wrote, ‘How many times they were trended online, picketed, but they did not make any difference’.

Candidates are preparing for hunger strike in Lucknow
In the midst of continuous demand for new teacher recruitment on Twitter, we talked to candidates associated with BTC / D.El.Ed and B.Ed. Prashant Tiwari of Jaunpur told, ‘The silence of the government is now proving fatal for the candidates, TET pass girls call and ask about recruitment and start crying. We are talking to the rest of the candidates, soon we will go on hunger strike in Lucknow to demand new recruitment.

The candidates had demonstrated in Prayagraj in December 2021 demanding new recruitment.

Before proceeding with the story, it is important to know the four figures which are important…

1: One and a half lakh posts vacant
In June 2021, the then Union Education Minister Ramesh Pokhriyal Nishank had kept the figures regarding the shortage of teachers in the Lok Sabha. He said that 10,60,139 posts of teachers are vacant across the country. In UP alone, 2,17,481 posts were said to be vacant. After June 2021, 69 thousand teacher recruitment was completed. In such a situation, if we subtract it from the number of vacant posts, then still 1.48 lakh posts are vacant. It should also be noted that 60% of the appointment letter of 69 thousand recruitment was distributed before June 2021.

2: Government said- 73,711 posts vacant
In June 2021, the state government submitted an affidavit to the Supreme Court. Told from his side that at present 73,711 posts are vacant. Advertisements will be out soon for recruitment to 51,112 posts. Talked about announcing the recruitment in October 2021, but could not.

3: One such figure of the government in which the number of teachers is surplus
The Department of School Education and Literacy, Union Ministry of Education released a report on 3 October 2021. Told that the number of assistant teachers in UP is surplus. According to the report there are 1.58 lakh schools in UP. At present there are 3.79 lakh teachers. There are 1.40 lakh Shiksha Mitras. The total number was 5 lakh 19 thousand. The number of students enrolled in schools is 1.76 crore. The student teacher ratio in primary school is 30:1 i.e. one teacher per 30 students. In such a situation, there is a surplus of 79,568 teachers when the ratio of total students is calculated.

One year fee in private colleges of BTC is more than 50 thousand.

The figures end here. Now talking about the activities of the candidates, which they are doing continuously…

RTI Submit Campaign
From April 14 to April 18, candidates ran a campaign. During this, the candidate filed RTI by going to his nearest post office. Through this RTI, he wants to know from the government the number of vacant posts in the education department. There is no clear figure of how many RTIs have been filed. Rajat Singh said that more than 500 people have filed RTI from their nearest post office.

running campaigns on twitter
The candidates of teacher recruitment are running a continuous campaign on Twitter. #97k_new_teacher_recruit_release_do In the beginning of April, there were about 1 lakh tweets with the hashtag. Apart from this, a large number of comments are being made every day on the posts of CM Yogi, Education Minister Sandeep Singh, Deputy CM Keshav Prasad Maurya and Brajesh Pathak regarding the demand for teacher recruitment. Although the CM or the Deputy CM has not given any statement related to this.

Will there not come without protest?
Sapna Shukla, who is coaching for teacher recruitment in Shantipuram in Prayagraj district, says that in the last 10 years, the government has not issued any recruitment advertisement without protests. Even at this time no minister is discussing it. In such a situation, protest demonstration is the only option to remind them. Soon there will be picketing in Lucknow and Prayagraj.

In Lucknow, the police also resorted to lathi charge during the protest demanding recruitment. This picture is from before the lathi charge.

Waiting for government statement
The number of TET pass students has crossed 21 lakhs. Before the election, on 25 December 2021, the then Education Minister Satish Dwivedi had announced the recruitment of 17 thousand teachers, but its advertisement could not be issued. Apart from this, after the dispute of reservation in 69 thousand teacher recruitment, 6 thousand recruitment was announced for the reserved category but it was stopped by the court saying it is wrong. At present, 21 lakh youth of the state are waiting for a statement on teacher recruitment from the government. 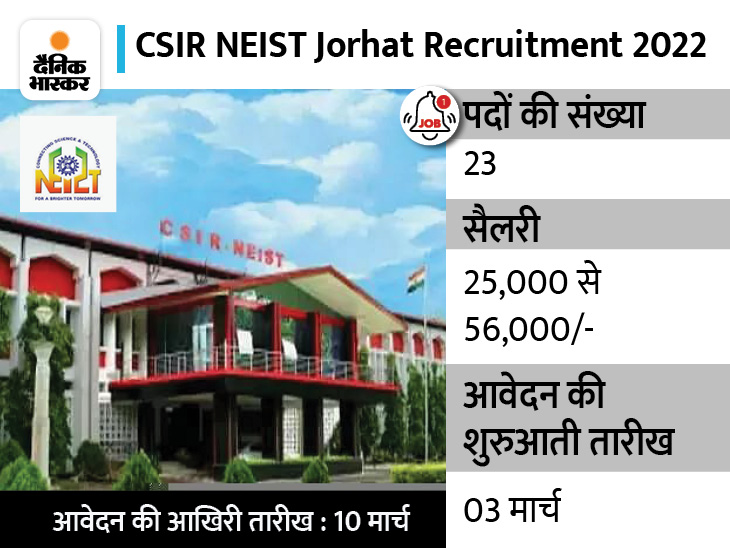 Government Jobs: CSIR – NEIST, Jorhat Recruitment for 23 Posts, March 10 is the last date to apply for the candidates. 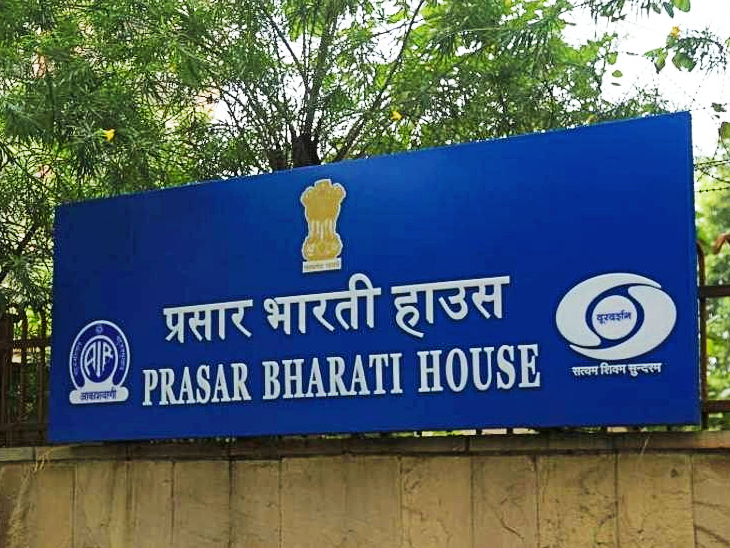 Vacancy out in Prasar Bharati: Graduate candidates will be able to apply till January 20, salary will be up to 55 thousand 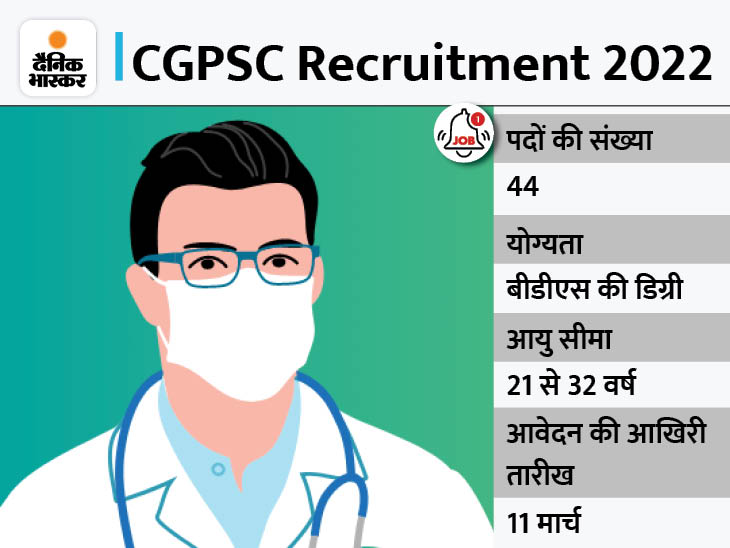