The temples at Talacauvery and Bhagamandala, which are prime tourist destinations in Kodagu, will be out of bounds for devotees and tourists on February 5 and 6 in view of the visit of President Ram Nath Kovind to the district.

The entry of public to the holy sites had been restricted as the President will be visiting Talacauvery, the birthplace of Cauvery.

The Kodagu district administration has made adequate arrangements in view of the President’s visit on Saturday (February 6).

Mr .Kovind is arriving at 10.55 a.m. on February 6 and a helipad has been readied at the Cauvery College grounds in Bhagamandala for the President’s chopper to land.

Deputy Commissioner Charulatha Somal has ordered closure of all shops and businesses on the stretch between the Cauvery College and Talacauvery from 8 a.m. to 1 p.m. on Saturday.

The President will be reaching Madikeri at 1 p.m. the same day and his chopper will be landing at the helipad of Field Marshal K. M. Cariappa College grounds. He will be inaugurating the General Thimayya Memorial Museum that has come up at the residence of General K.S. Thimayya.

Shops and business establishments have been asked to remain closed from 10 a.m. to 5 p.m. along the stretch between the College and the museum.

From 2.30 p.m. to 4.30 p.m., traffic restrictions will be in force from General K.S. Thimayya Circle to Field Marshal K.M. Cariappa Circle. 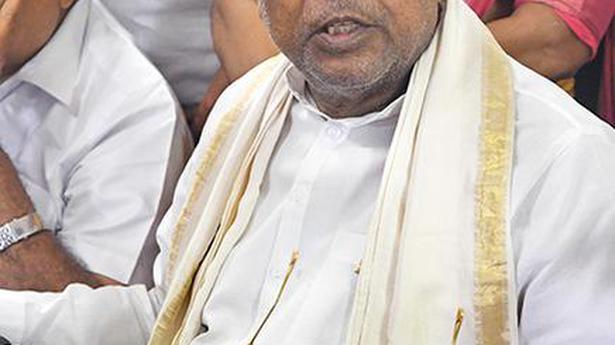 Ex-CM writes to PM on changes to land reforms Ordinance

State to monitor arrivals from U.K. since Dec. 7