Tamil Nadu has sought the Union government’s permission to start vaccination of the elderly and persons with co-morbidities much earlier than the third phase. The State has also asked it to prioritise those who visited places where people converged, such as members of parties, the judiciary and mediapersons, and to approve self-registration mode for them to expedite the process, Health Secretary J. Radhakrishnan said on Thursday.

“The Centre has said it would consider this,” he told reporters at the Government Kilpauk Medical College (KMC) Hospital. In the first phase, the Centre has given permission to include officials to be drafted for the Assembly election work in the vaccination programme.

The State government has been reiterating the need to start vaccination of the elderly, mediapersons and members of parties, he said. “Many of them are willing to take the vaccine and this need not be postponed. The Centre has said that vaccination for the elderly — persons aged over 50 and those below 50 with co-morbidities — will start in mid-March. But we are asking that this be expedited for States such as Tamil Nadu,” he added.

Noting that the State had sufficient doses of vaccines, he said 14.8 lakh doses were available and the required number of sessions could be held. “Though the start was slow in Tamil Nadu, we have gradually improved vaccination, and are covering 19,000 to 20,000 persons a day now,” he said. Arrangements have been made to make Covaxin available at 24 government medical college hospitals and 11 other places. Till now, Covaxin was administered at six sites.

Noting that there were two to three challenges in Tamil Nadu, he said, “In many places, people are not wearing masks. Today, COVID-19 is a challenge in such places in Maharashtra as Mumbai, Nagpur, Pune and Nashik, and our neighbouring State of Kerala. In Bengaluru, more than 100 persons were infected in an apartment. We are reporting nearly 450 cases after testing around 52,000 samples a day. This is not satisfactory… One person can spread the infection to many.”

He stressed the need to adhere to mask-wearing and hand-washing. The Health Department has noticed certain shortfalls in compliance with the protocol during programmes. “It may be marriages, funerals and political events. If people are gathering in a place, wearing masks is a must,” he said.

An advisory had been issued to test travellers from the U.K., Brazil and South Africa, he said.

Mr. Radhakrishnan said an inquiry was being conducted into the death of two children, who were administered pentavalent vaccines.

“While one child died 16 hours after vaccination, another died after four. We have a committee to conduct an inquiry to ascertain the cause of death. We will conduct a thorough inquiry into adverse effects following vaccination. Other children who were administered vaccines from the same batch are normal. One family has agreed to a post-mortem,” he said. 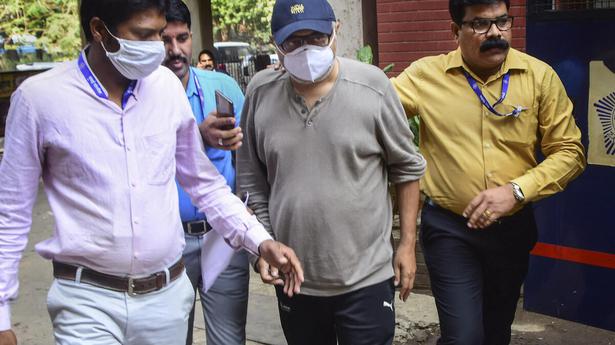 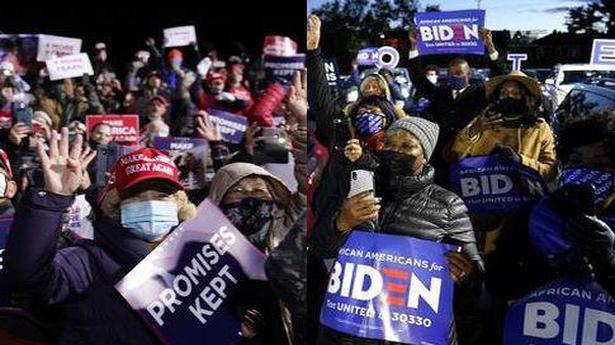 U.S. presidential elections | Trump vs Biden: 10 states to watch out for