It is a budget encouraging privatisation of public sector units, according to Southern Railway Mazdoor Union.

In a statement, its assistant divisional secretary V. Ramkumar said that the Union Budget was anti-labourers. Implementation of the budgetary proposals would do away with the Life Insurance Corporation. The new Agriculture Infrastructure and Development Cess on fuel would lead to price rise. However, there was no guarantee that the funds mobilised through the tax would benefit the farmers.

Central Government employees were disappointed as there was no announcement on revoking the freeze on dearness allowance, he said.

Its divisional secretary R. Sankaranarayanan said there was no announcement to fill lakhs of vacant posts in the railways.

The Union government failed to make announcement of providing special compensation package to family members of railway workers who had died due to COVID-19 after having worked during the lockdown.

The union also condemned the announcements for disinvestment of LIC and IDBI.

Increased participation of private players in dedicated freight corridor and high speed trains would only lead to privatisation of railways, Mr. Sankaranarayanan said. ‘Those who do not understand the essence of religions create unrest’ 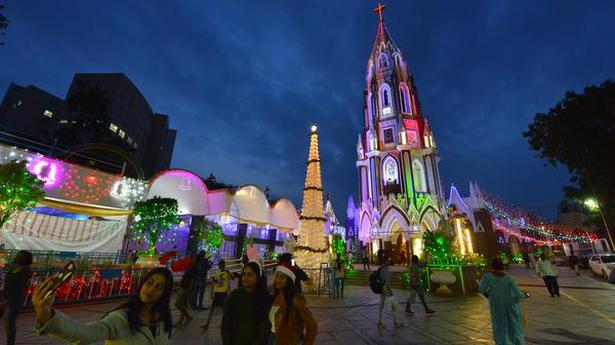 It’s going to be a quiet Christmas this year