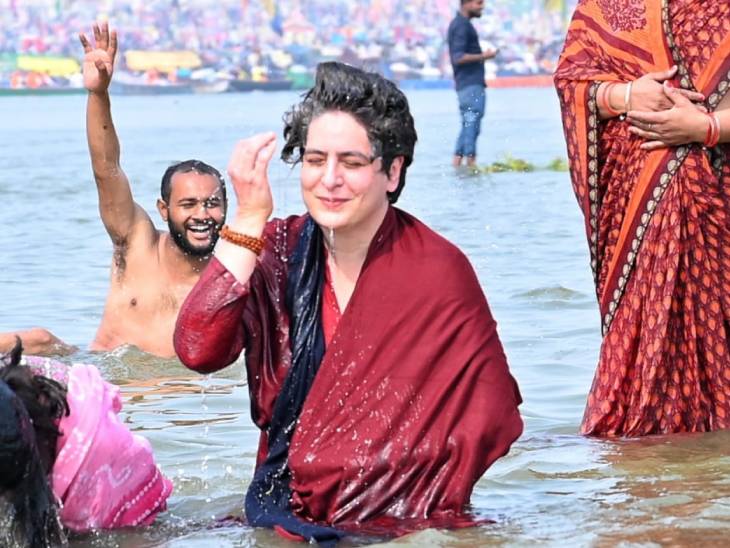 This photo is from Prayagraj. On Mauni Amavasya, Priyanka Gandhi took a dip in the Sangam.

The edge of the Ganges, the hull of the boat in the hands of Priyanka, will cross the ridge of the Maddhar Sangam… Yes, something similar was seen on the Sangam coast in Prayagraj on Thursday. The occasion was Mauni Amavasya, the bathing festival of Magh Mela. Congress General Secretary Priyanka Gandhi Vadra arrived with her daughter Miraya today. He took a dip at the confluence. Priyanka was also seen driving a boat in the Ganges. After bathing in the Sangam, Priyanka Gandhi reached the Mankameshwara temple. Here Shankaracharya has met Swami Swaroopananda Saraswati. During this time Shankaracharya has presented him a book of Prasad, Shaul and Jyotirmath.

Prior to this, Priyanka first went to Anand Bhavan, the ancestral home of the Nehru-Gandhi family. Here he paid homage at the memory of his great-grandfather and former Prime Minister Jawaharlal Nehru. This is the place where the bones of Nehru were kept before the immersion at the confluence. Priyanka also spent some time with the children in the orphanage at Anand Bhawan. During this, she was seen with a baby girl in her lap. 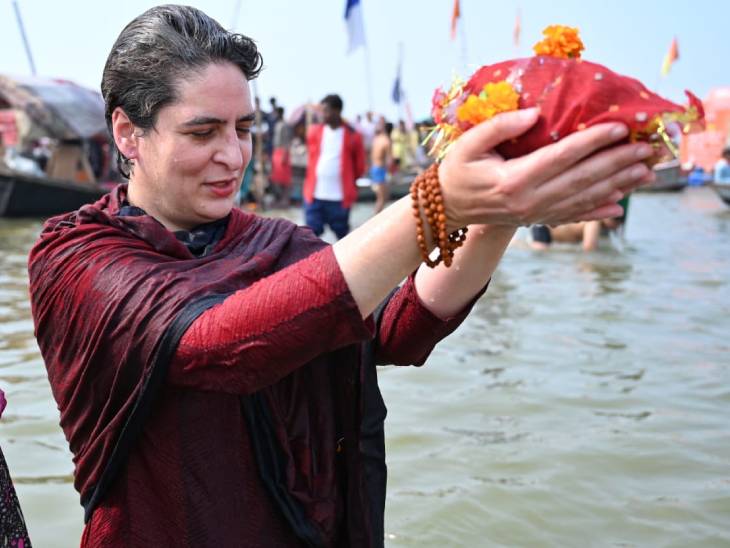 After bathing in the Sangam, Priyanka Gandhi offered coconut to Suryadev. 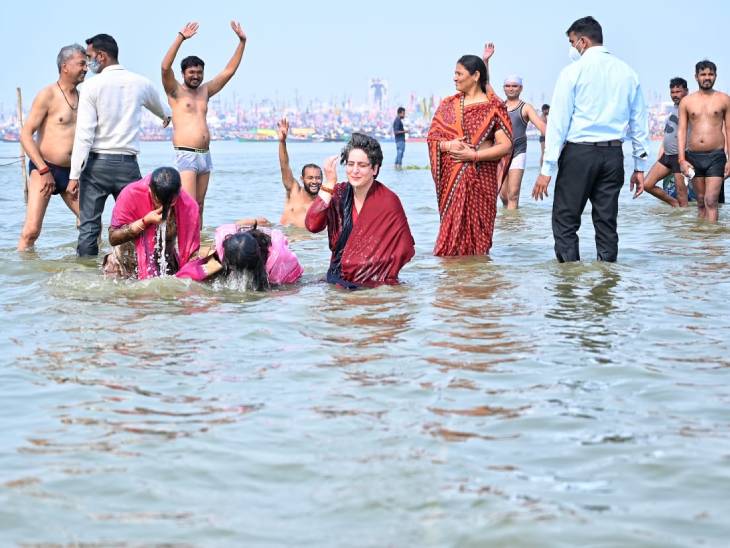 Priyanka Gandhi took a dip in the confluence with Congress Legislature Party leader Aradhana Mishra. During this, Priyanka’s daughter Miraya was also with him. 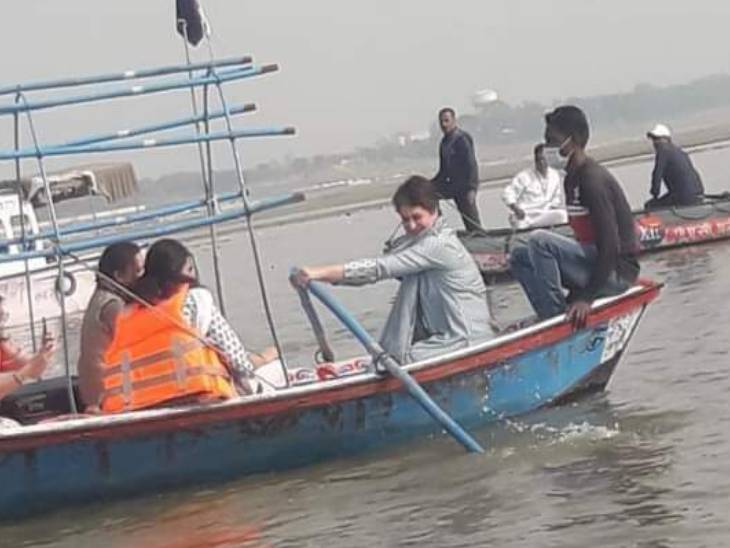 After bathing in the Sangam, Priyanka drove the helm. 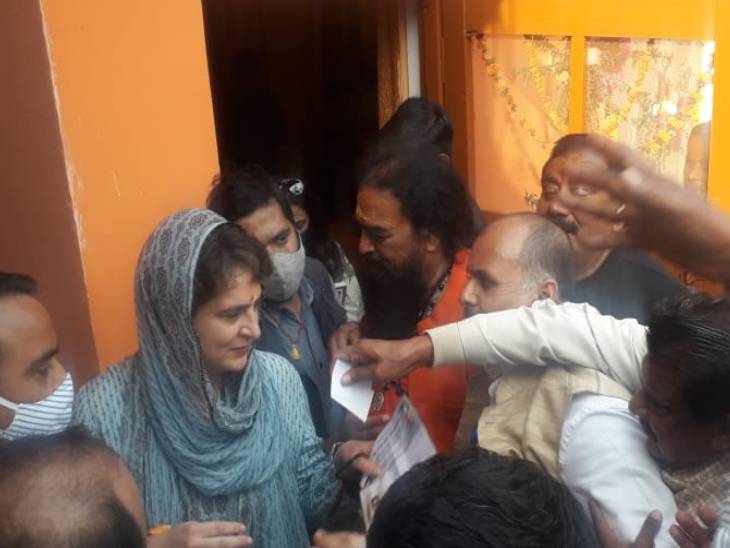 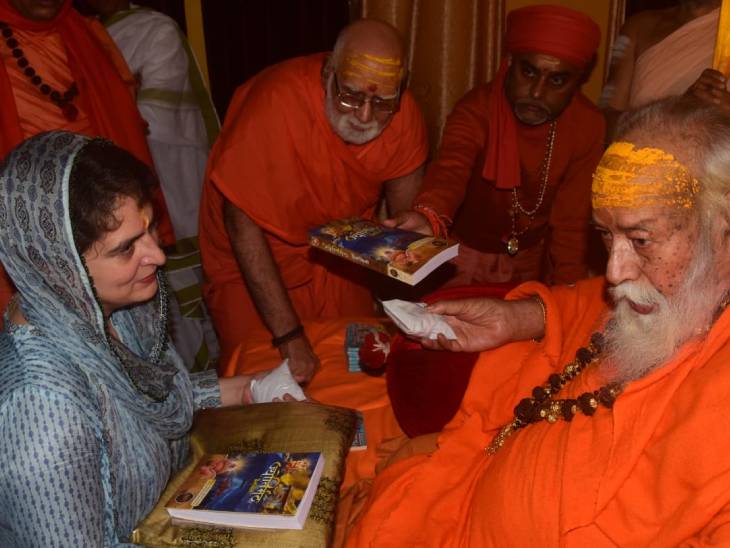 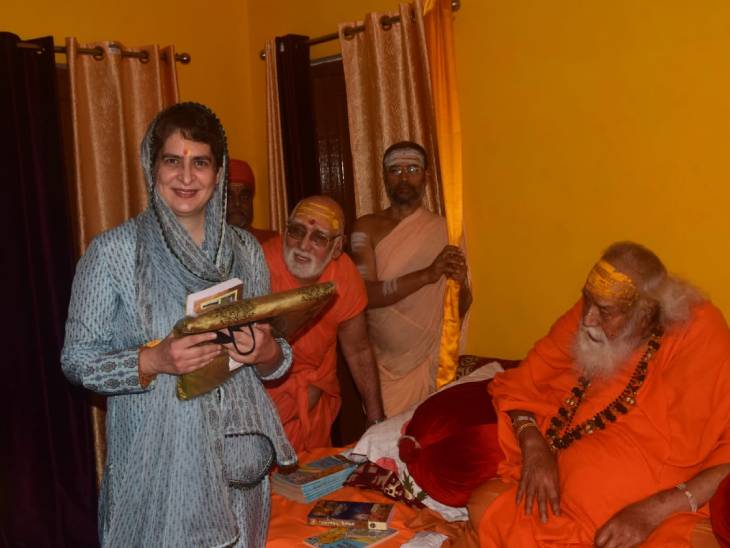 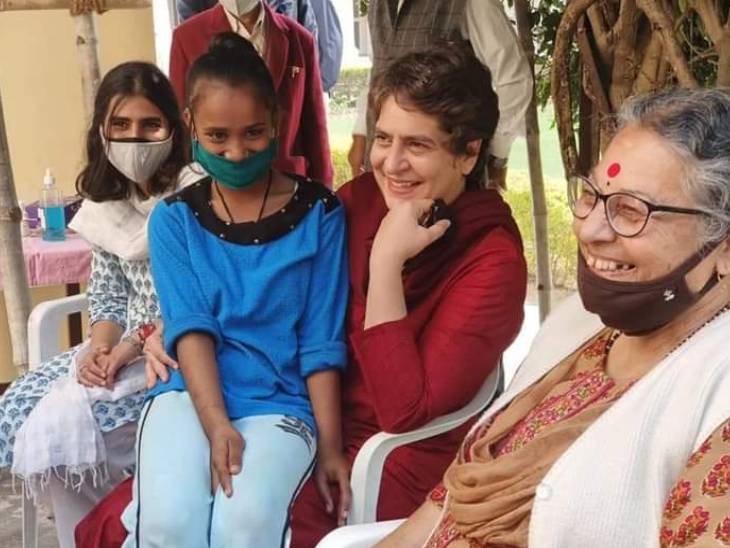 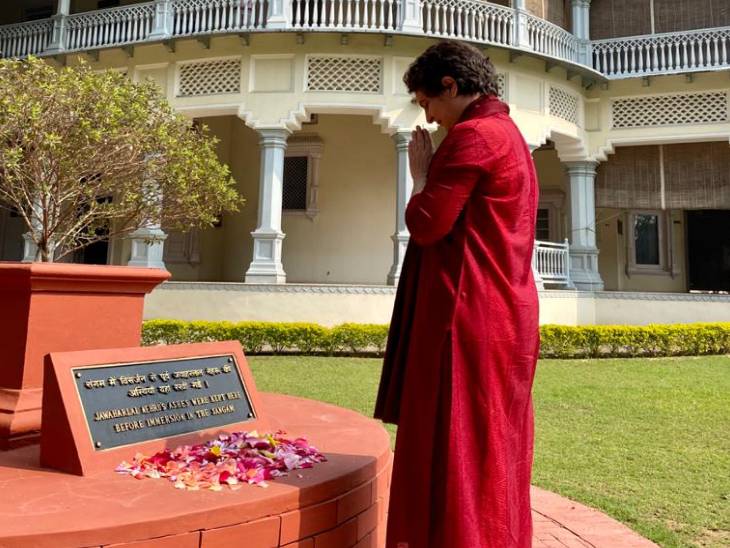 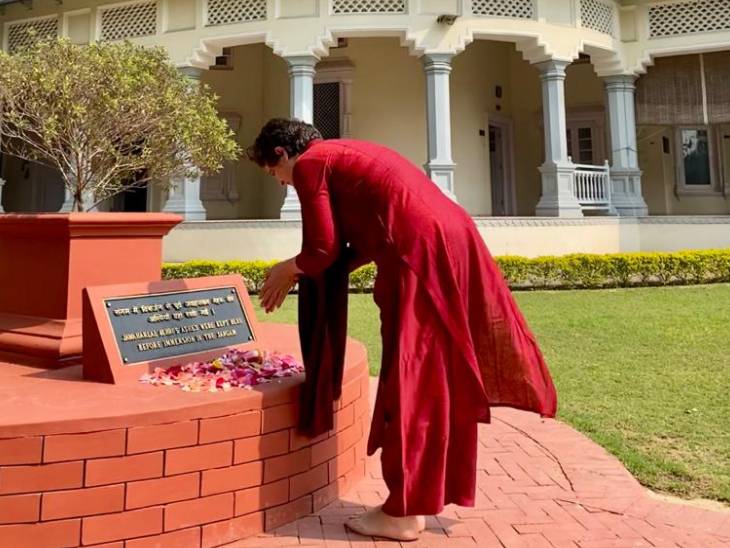 This site is the same where the ashes of the former Prime Minister were kept before immersing them in the Ganges. 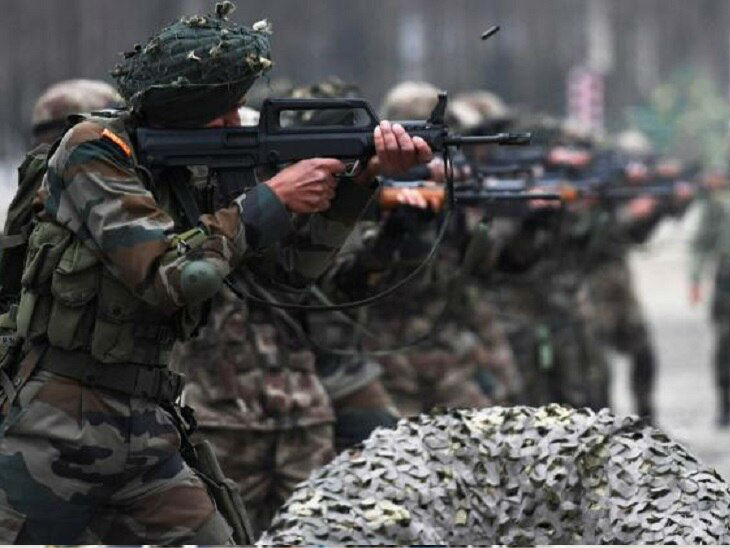 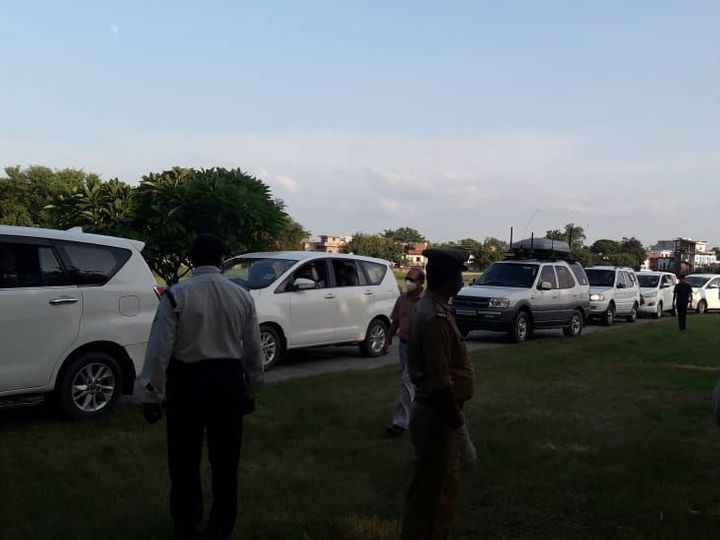 Yogi will conduct review meeting in Benaras today regarding the Corona epidemic, Kashi will also pay obeisance at Vishwanath’s court | CM Yogi, who reached Banaras for review meeting, will also perform darshan in the court of Kashi Vishwanath 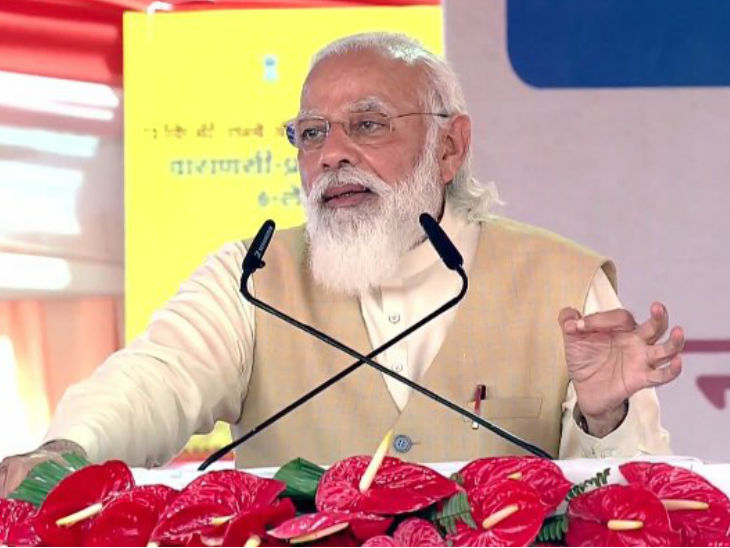