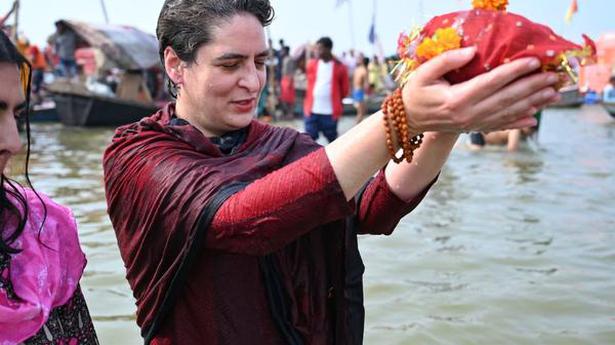 
Congress general secretary Priyanka Gandhi Vadra on Thursday took a ritual dip at the Sangam — the confluence of the rivers Ganga and Yamuna — at Prayagraj during her visit to the city on the occasion of Mauni Amavasya.

Thousands of people throng the banks of the Sangam on this day each year as it is considered auspicious by devotees.

After landing at the Prayagraj airport in Bamrauli, Ms. Vadra headed to the Anand Bhavan, the sprawling iconic residence of the Nehrus converted into a museum, which falls on the way to the Sangam.

At the Anand Bhavan, Ms. Vadra interacted with children at the orphanage run there, following which she paid her respects at the site where Pandit Jawaharlal Nehru, the country’s first Prime Minister’s ashes were kept before immersion at the Sangam. Ms. Vadra paid a floral tribute at the plaque.

The leader then headed to the Ganga ghat where she enjoyed a boat ride. She then took a holy dip at the Sangam and perfomed “surya pujan achman” on the occasion of Mauni Amavasya. 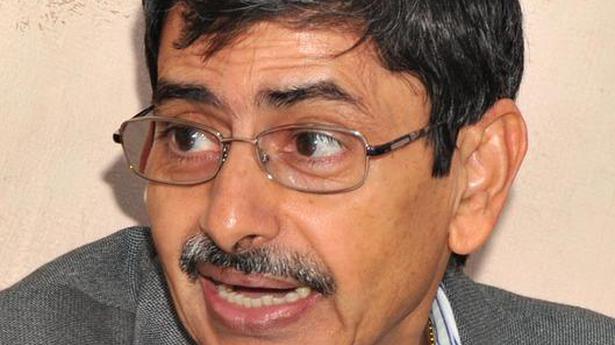 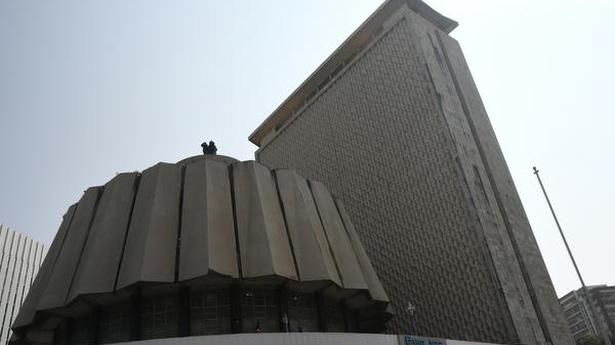 Uproar in Maharashtra Assembly over vacant post of Speaker