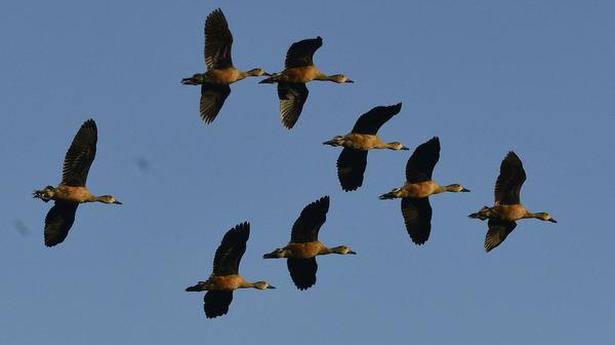 The Wildlife wing of the Assam Forest Department on Wednesday ordered a probe into the death of a large number of birds due to suspected poisoning of an agricultural field in Barpeta district.

The poison was sprayed apparently to prevent the birds — sparrows and doves — from damaging the crops. Locals said more than 300 birds had died.

The incident, reported on July 20, happened more than a month after the municipal authorities in Udalguri district killed more than 250 egret and cormorant chicks by chopping off the bamboo groves they nested on. The groves were cleared on the basis of a complaint that the droppings of the birds would spread the COVID-19 infection.

“A case has been registered by the ranger concerned and a man named Mannan Ali has been arrested in this connection. We are awaiting the autopsy report on the birds to ascertain the exact cause of the death,” State Environment and Forest Minister Parimal Suklabaidya said.

Chhattisgarh CM too urges Centre to open vaccination for all adults